Govt to cordon off specific areas in virus hotspots

Govt to cordon off specific areas in virus hotspots

Umar says techno­logy being used to trace Covid-19 patien­ts for smart lockdo­wn
By ​ Our Correspondent
Published: May 10, 2020
Tweet Email 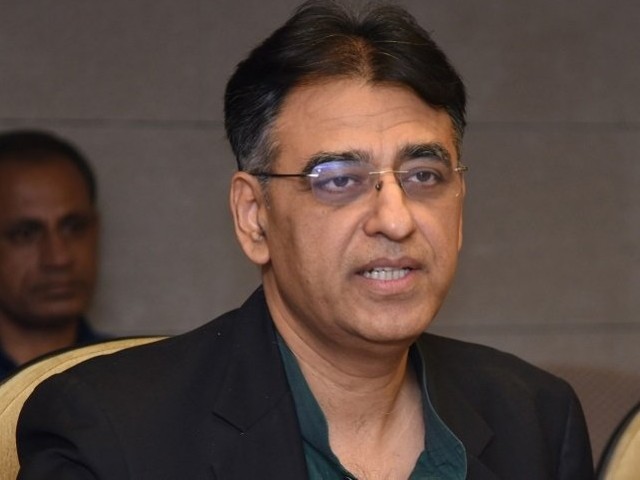 ISLAMABAD: Federal Planning and Development Minister Asad Umar on Sunday said the government would use technology to trace Covid-19 patients and identify virus hotspots in the country as part of it ‘smart lockdown’ strategy.

“We need to ensure that the policies we are making can be implemented on the ground as well,” the minister said at a news conference at the National Command and Control Centre (NCOC) on Covid-19.

Umar, who heads the NCOC, explained that the government had adopted the ‘test, track and quarantine’ strategy but it needed to zoom in on areas where the virus had spread.

“With the help of data which has been collected thus far, the government will implement a ‘smart lockdown’ to help curb the spread of the coronavirus,” he added.

During the briefing, the minister displayed a map indicating virus hotspots in the country. He used the map to show how identifying hotspots could help narrow down neighbourhoods with more cases.

Giving the example of Lahore, he said the virus appeared to be concentrated in Thokar Niaz Beg. Umar pointed out that Lahore, Karachi and Peshawar were among the cities where the virus seemed to be spreading most.

Explaining how the smart lockdown will work, he said healthcare teams would visit these areas and evaluate as to how much of them needed to be cordoned off — streets, union councils or the entire locality.

He elaborated that the ‘smart lockdown’ had been enforced in 359 areas in Punjab and 177 in Khyber-Pakhtunkhwa.

“These [areas] could be one or two lanes or bigger than that,” he explained.

“As we move forward, we will keep fine tuning the process.”

The minister reiterated that the government could not impose an indefinite lockdown as that would have a devastating impact on low-income groups. However, he added that not all restrictions were being lifted.

“The virus is spreading with each passing day, and while we hope for the cases to not increase too rapidly, the government has to be prepared for the worst,” he said.

“We have to ensure there is an efficient system in place that can identify patients and ensure that high-risk patients are transferred to relevant health facilities immediately.”

To deal with this situation, the minister explained, the National Information Technology Board had developed a web portal through which data could be collected from all 424 hospitals dealing with coronavirus cases in the country.

“Hospitals would be able to feed data into the portal so that all information could be consolidated in one place.”

Umar further said the Punjab government had also developed a mobile application through which the people would have access to information about the availability of health facilities, beds and ventilators etc. He added that the application was available for other provinces as well and they could also develop their own technology if they wanted.

The minister said the government was also working with the Rural Support Programme, which was a network of thousands of community based institutions to reach 25% poor communities across the country.

He explained that this would not only allow the government to communicate awareness messages through them, but also identify places where it needed to send relief goods.

Umar appealed to citizens that they should come forward if they were experiencing any symptoms or if anyone they knew was suffering from them.

“Patients can isolate themselves at home as well if their health condition permits, but it is crucial for everyone’s health for people to come forward and get tested.”

Mother’s Day 2020: Difficult but all the more significant in times of Covid-19