PIAF urges govt to reopen all market­s withou­t specif­icatio­n
By ​ Our Correspondent
Published: May 10, 2020
Tweet Email 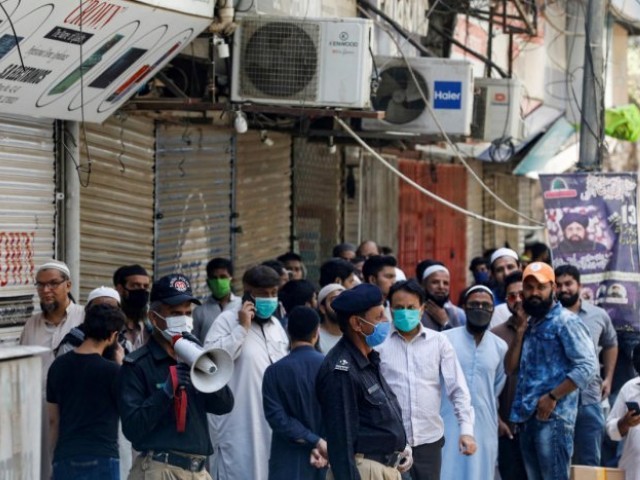 LAHORE: Raising concerns over the financial packages announced by the government, the Pakistan Industrial and Traders Association Front (PIAF) has said that there is zero implementation on directives of the government.

While addressing a press conference, PIAF Chairman Mian Nauman Kabir observed that not a single branch of any bank, in the provincial capital of Punjab, Lahore, is offering a loan to small and medium enterprises (SMEs) on the State Bank of Pakistan (SBP) directives to avoid layoffs.

Based on the survey, he observed that no financial relief is seen anywhere on the ground from any government institutions or department including SBP, Federal  Board of Revenue (FBR), Lahore Electricity Supply Company (Lesco), Sui Northern Gas Pipeline Limited (SNGPL), Punjab Social Security Department and EOBI.

Kabir urged the authorities to ensure the provision of facilities on urgent basis especially to the documented small businesses and filers, who are paying taxes for the last 70 years and are now facing a severe financial crisis due to the prolonged lockdown.

Also speaking on the occasion, PIAF Vice Chairman Javed Iqbal opposed the government’s decision of reopening specific markets, saying there is no clarity in it and people are unable to understand as to which markets are to be reopened. “There is ambiguity in the decision and government should announce to reopen all markets without specification of ‘small, big, retail or wholesale’ to avoid confusion,” he added.

Talking about the time restriction, Iqbal said that it will also create panic and rush among the customers, and suggested that the government should also amend the timings of market opening.

The PIAF chairman asked the central bank and utility companies to report their performance regarding facilitation steps on daily basis through media to ensure transparency.

Kabir asked the revenue board to accept the tax return of this year ‘as it is’ and without any audit. He also appealed to the Punjab Revenue Authority to cancel the tax on service sector for at least three months during this crisis.

Furthermore, he demanded that the government provide workers’ wages from social security funds as they are still paying salaries without any work under lockdown.

He observed that on April 22, the central bank of Pakistan had announced an incentive package to help businesses avoid layoffs while directing banks to provide refinancing at zero per cent. Moreover, SBP had also announced relaxations in collateral requirements for small and medium enterprises and bank’s exposure limits.

He added that earlier, on April 10, the central bank had announced an incentive scheme entitled Refinance Scheme for Payment of Wages and Salaries to the Workers. But the reality is that banks have refused to offer such loans, saying that they have not received any instructions from the government in this regard.