And we all fall down

And we all fall down 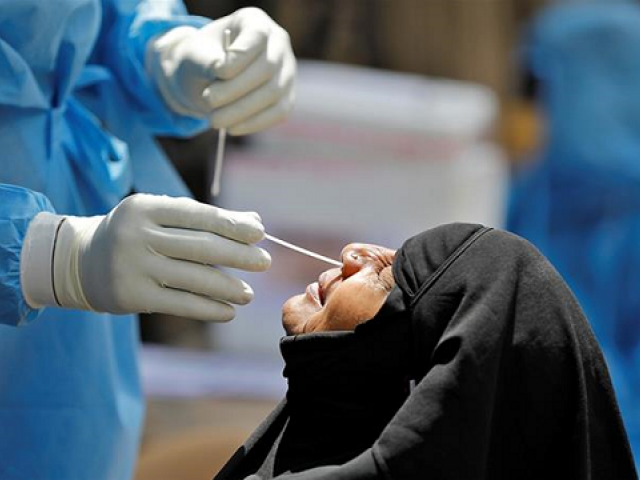 Pakistan is not the first country that comes to mind when you discuss Covid-19. The infection numbers are still relatively low here. The novel coronavirus related deaths are almost negligible. However, with a limited capacity to test it is hard to ascertain the true extent of the spread. A compounding factor is an even more limited capability to treat extreme cases. When the virus started spreading authorities disclosed that the total number of ventilators available in the country to cater to the needs of approximately 210 million people was 2,200, out of which 1,100 could not be redeployed for the purpose.

Mercifully the number of available ventilators and other facilities is growing due to the government’s coordinated efforts and the support of the country’s various allies. But if you are shocked by the scarce number of health-related equipment perhaps you have not been paying attention to the flawed policies of the post-colonial states. Decades of bad governance, corruption, and skewed priorities have ensured that most post-colonial states do not have the healthcare infrastructure needed to meet such an enormous challenge. In neighbouring India, with a massive defence expenditure, healthcare services are only marginally better. Misgovernance of this proportion creates unfortunate, painful, and paradoxical choices. For instance, with a massive population living below the line of basic subsistence, should the people be allowed to die of the coronavirus or of hunger? The entire lockdown debate in these parts revolves around this dilemma. Pakistan opted for a lenient lockdown, whereas India went with the tougher option. Sadly, the outcome in both countries is far from encouraging.

Since the official number of deaths remains significantly low, this has given rise to countless conjectures. The people in the West are traditionally more vulnerable to the common flu. In South Asia the reported number of flu-related deaths is negligible or so, the proponents of these theories maintain. Therefore, Pakistan’s decision to opt for a lockdown, albeit reluctantly, was deeply flawed, the argument goes.

A lot can be written and said about these theories, but the truth is nothing can be said with confidence about the unprecedented Covid-19 crisis. The virus is new and in the presence of an inadequate healthcare system, the reporting mechanism remains deeply untrustworthy. In such a situation the data available is not reliable enough to form a verifiable hypothesis. Fortunately, governments get a brilliant lifeline in the shape of the expertise and knowledge offered by the World Health Organization. And the government of Pakistan has reportedly been working closely with WHO.

This is where further complications enter the scene. Lockdowns of this proportion are not just unparalleled, they are highly painful and deeply unpopular. As businesses lose their value and working men and women spend more time cooped up indoors this is bound to have a heavy toll on the society psychologically as well as financially. Even the most commonly recommended mitigation measures like social distancing, use of masks, and avoiding handshakes fail to win support. The use of disposable masks has two big challenges. First, for the poor they are cost-prohibitive. Second, in the rising temperature, they cause a lot of discomfort to anyone living without air conditioning. So, the popular sentiment is gradually swinging in favour of ending the lockdown even without adequate precautions.

And then this part of the world is very receptive to conspiracy theories. In the early days of the lockdown, a video emerged featuring a former diplomat, the country’s former permanent representative to the United Nations no less, in which he made wild claims about the virus being an Israeli invention and provision of its vaccine made conditional to recognising the Jewish state. To substantiate his claims, he even read out what he claimed were the patent numbers of both the virus and the vaccine. Fortunately, a commentator had the presence of mind to look these numbers up only to find out that they had nothing to do with either.

As the crisis has grown, such theories have grown wilder. One particularly dangerous theory is about Bill Gates — the businessman turned philanthropist. The content of the theory is too absurd to narrate here. However, since it casts aspersions on Mr Gates’ efforts to find a vaccine for Covid-19 you should know how damaging the outcome can be. Pakistan has struggled for years with its polio problem. The Gates Foundation is a critical partner in the fight against the virus. If this theory mixes with the polio vaccine-related paranoia already existing in the society, it would mean generations of polio-affected individuals. The outcome, therefore, could be an unmitigated disaster.

The myths about genetic immunity aside, Pakistan’s vulnerabilities are such that when Prime Minister Imran Khan addressed the nation for the first time after assuming office, in his televised speech he had to display the brain scans of two children — one of a regular healthy child and the other of a poor child stunted due to inadequate nutrition. These issues have not gone away. With a huge chunk of the population living in poverty, imagine the outcome if individuals with weak bodies were left alone to fight the virus.

With vulnerabilities such as these, the common people and experts in these countries look towards the developed world for leadership and guidance. In recent days many of us have watched with horror as the disagreements about Covid-19 have been weaponised and the debates have transformed into culture wars. What has ensued is an unending series of unsubstantiated claims and conspiracy theories. I hope I have already made it clear how devastating the effects of such unsubstantiated claims can be. A debate based less on emotions and more on empirical evidence can go a long way in helping the world fight this threat. We all are in it together. The broken healthcare system in the developing world is not anybody else’s fault and no one asks for the freedom of speech to be curtailed. But irresponsible statements and unsubstantiated hypotheses may prove more lethal than Hiroshima, Nagasaki, Chernobyl, and Fukushima put together. Billions of lives are at stake right now. In the war against the virus the scientific method is our best ally. If we use it well, we might be able to defeat this common enemy sooner than is expected. But if we are reckless with facts, spread unsubstantiated theories and disinformation on purpose in pursuit of our narrow and short-sighted personal interests, we may end up jeopardising more lives than we can think of. Seriously, no one would want that much blood on one’s hands. Pray, think about it.

Of issues, activism and Covid-19