Australia plans to lift most virus restrictions by July

US to carry out first X-37B launch under Space Force

The flag of the Royal Air Force, Union Flag and the flag of Merchant Navy are raised on the Cenotaph war memorial in Whitehall, London. PHOTO: AFP

As the world grapples with a fearsome enemy that has killed 277,000 people and sickened more than 3.7 million

A continent devastated by the coronavirus will mark the 75th anniversary of the end of World War II in Europe on Friday, as the economic destruction of the current global crisis was laid bare.

Large-scale parades that had been envisaged to commemorate victory over the Nazis have been downsized as the world grapples with a fearsome new enemy that has killed 277,000 people and sickened more than 3.7 million. 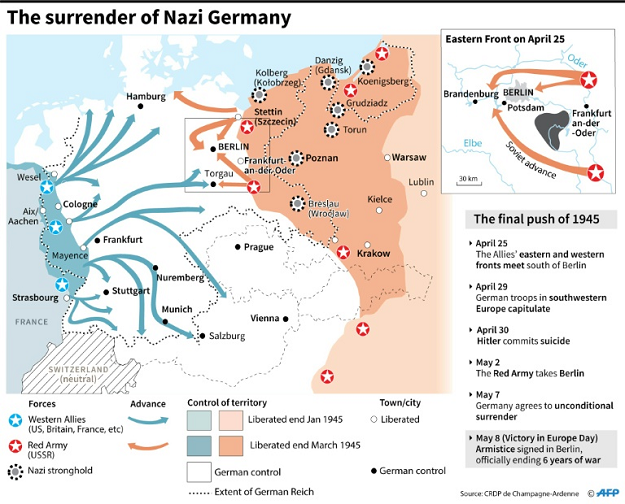 
While parts of Europe appeared to be over the hump of new infections, the United States' death toll showed no signs of slowing, and Brazil warned of chaos with the pandemic running out of control.

"Within about 30 days, there may start to be shortages on shelves and production may become disorganised, leading to a system of economic collapse, of social disorder," Economy Minister Paulo Guedes said. 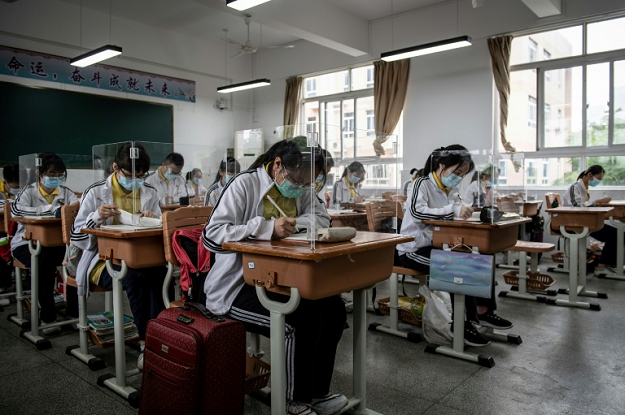 Brazil is Latin America's worst-affected nation, with more than 135,000 infections and 9,100 confirmed deaths, although experts say the true figures are far higher.

But far-right President Jair Bolsonaro opposes stay-at-home measures to slow the spread, saying they are unnecessarily damaging the economy. 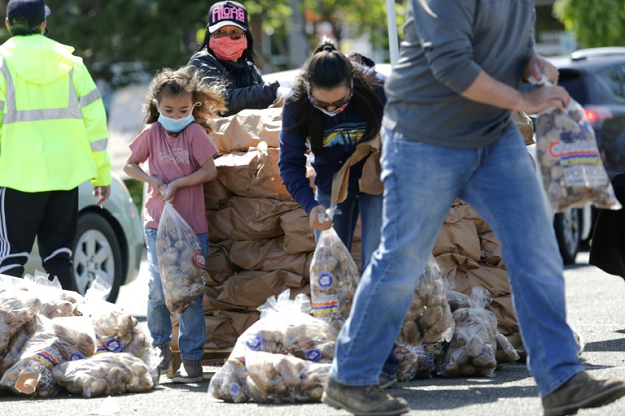 The Reed family in Pasco, Washington, hands out potatoes donated by Washington famers who are giving away a million pounds of excess stock they have as a result of the food service industry slowdown. PHOTO: AFP

US President Donald Trump is also pushing for lockdowns to be lifted, as he tries to steady the economy ahead of November polls.

"This country can't stay closed and locked down for years," he said Thursday, as the US death toll topped 75,500.

Another 3.2 million people filed unemployment claims in the United States last week, bringing the total who have lost their jobs in the lockdown to 33.5 million. 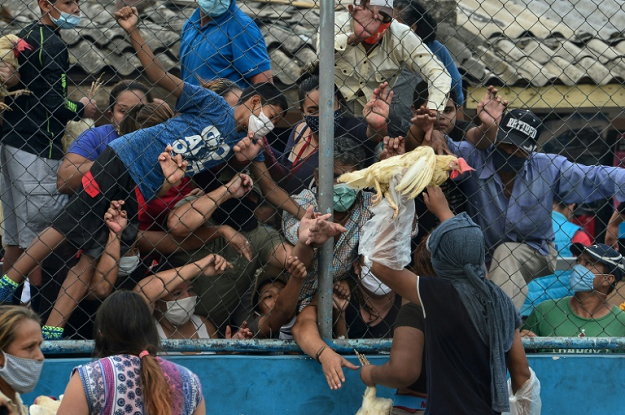 Crowds rush to receive free hens given out by a Honduran presidential pre-candidate in El Carrizal, in Tegucigalpa. PHOTO: AFP

Germany and France on Thursday reported major slumps in industrial production and Britain said its economic output would plummet by 14 percent this year.

Across Europe, many countries are now easing restrictions, with some shops and schools re-opening, Italy allowing Catholics to soon attend mass, and Norway to open up pubs on June 1.

Britain was on Thursday reviewing lockdown measures, with Prime Minister Boris Johnson expected to offer a roadmap on Sunday. 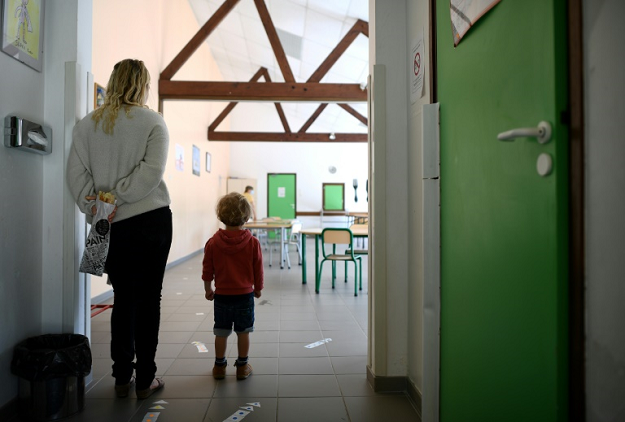 A mother and son stand near glued-on arrows set up to mark social distancing measures at an elementary school a few days before its reopening, in Clairefontaine-en-Yvelines, near Paris. PHOTO: AFP

The easing has already begun in Germany, while France is due on Monday to start emerging from its lockdown, though Paris will remain restricted.

Despite limitations, some ceremonies were to go ahead Friday in commemoration of the end of hostilities in World War II. 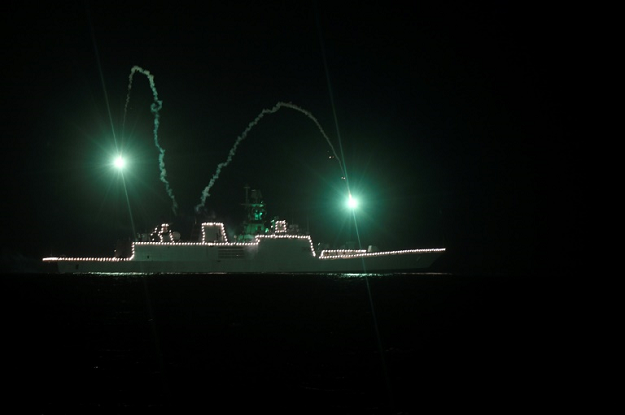 An Indian navy ship anchored off the coast of Chennai is illuminated in tribute to those fighting against the spread of COVID-19. PHOTO: AFP

The anniversary of Nazi Germany's 1945 unconditional surrender after a war that cost 50 million lives is a holiday in Berlin this year.

German Chancellor Angela Merkel and President Frank-Walter Steinmeier are due to lay wreaths at the country's main memorial.

Ceremonies across France have been drastically scaled down, although President Emmanuel Macron will still be attending an event on the Champs-Elysees. 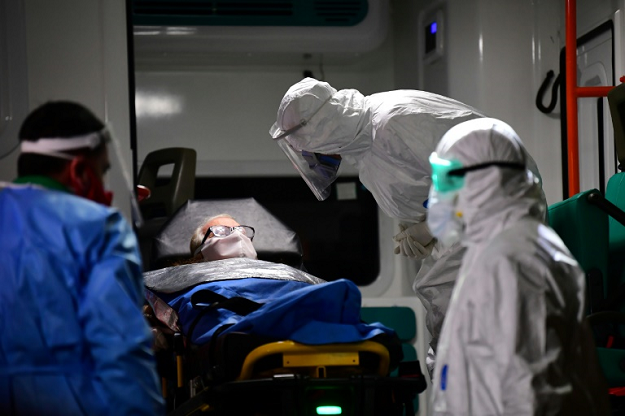 An elderly man with symptoms of the new coronavirus is carried into an ambulance to be transferred from the Carpe Diem nursing home to a hospital in Buenos Aires. PHOTO: AFP

In Britain, street parades by veterans have been cancelled.

Russia had originally planned a huge military display on its May 9 Victory Day, but now only a flypast will take place over Red Square.

President Vladimir Putin will lay flowers at the Tomb of the Unknown Soldier memorial, before making a TV address that will not only touch on the war, but is also expected to chart out the country's next steps in battling the virus. 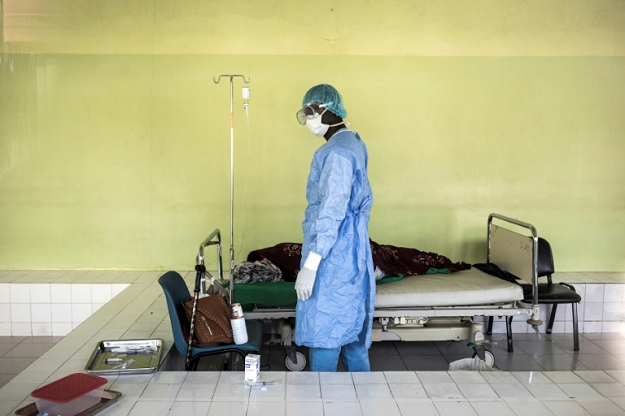 A health worker tends to a patient inside a COVID-19 ward in Pikine Hospital in Dakar, Senegal. PHOTO: AFP

Most of Europe has seen significant drops in new infections, but cases are on the rise in Russia, with another 11,000 reported Thursday.

Moscow's lockdown has been extended until May 31.

In Asia, life was creeping back to normal, with professional football set to kick off in South Korea later Friday. 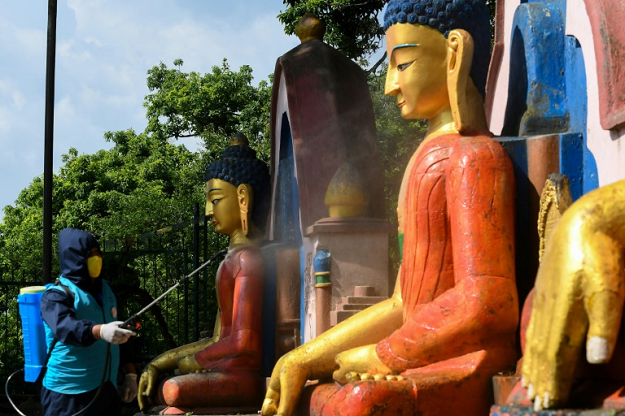 A volunteer sprays disinfectant at the Swayambhunath stupa during the Buddha Purnima Festival in Kathmandu, Nepal. PHOTO: AFP

But goal celebrations, handshakes and even talking are out under stringent new safety guidelines designed to prevent contagion during games, which will be played behind closed doors.

The new season comes two days after the return of professional baseball in South Korea. Women's professional golf will also resume next week. 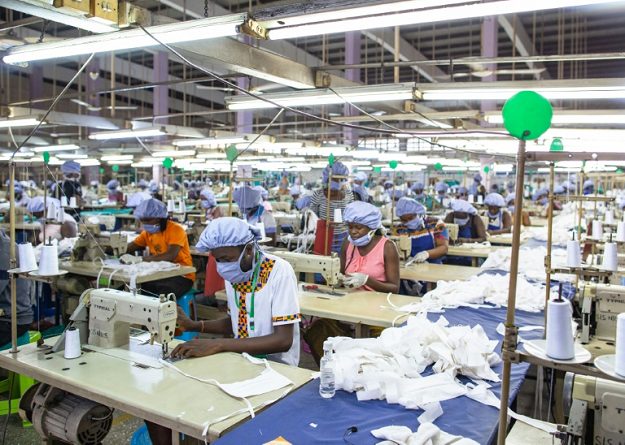 South Korea endured one of the worst early outbreaks of COVID-19, but rapidly got a handle on the disease, with aggressive - though not compulsory - social distancing measures.

Hong Kong, which also acted quickly against the outbreak allowed gyms and bars to re-open on Friday, with some drinking spots serving their first customers at 12.01am. 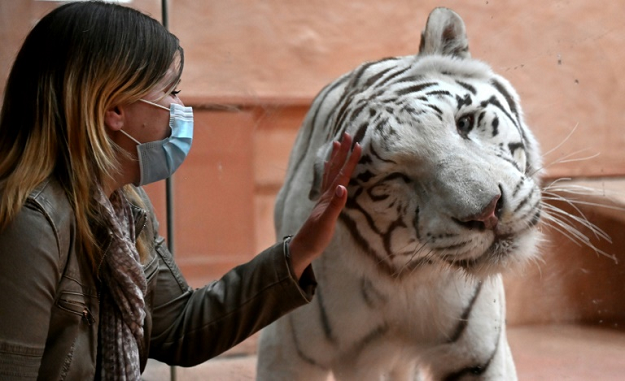 An employee interacts with a Bengal tiger named Shere Khan through the glass wall of an enclosure at the private zoo "Twelve Months", which is temporarily closed due to the pandemic, on the outskirts of the small village of Demydiv in Ukraine. PHOTO: AFP

"I'm so happy. I've not been here for a long time," one customer gushed as he tucked into a much-anticipated drink shortly after midnight.

The unavailability of alcohol in Pakistan was sparking price gouging.

The annual booze shortage that comes during the holy month of Ramadan is being compounded by a lockdown that has halted the flow of duty-free bottles from incoming travellers. 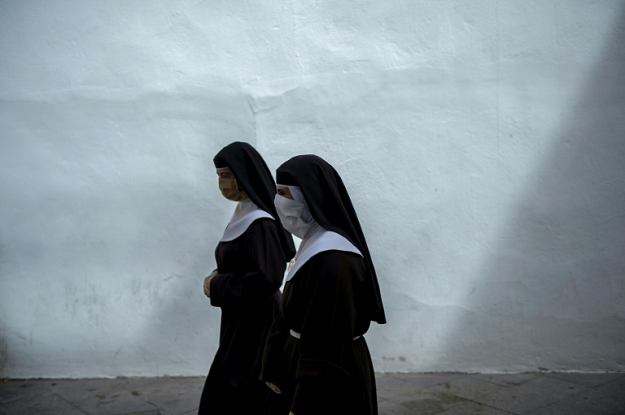 "I checked with four bootleggers," lamented a 25-year-old student in Islamabad.

Restrictions on meeting were not being allowed to spoil celebrations in India.

Lavish weddings, which can go on for days and involve thousands of guests, have decamped into the virtual world -- allowing one couple to have a big bash that spanned the whole country.

Groom Sushen Dang logged on from Mumbai, while bride Keerti Narang joined from near the Nepali border.

The priest overseeing proceedings was in Raipur, and wellwishers logged on from Delhi, Gurgaon and Bangalore.

"A hundred guests joined in our celebration," said Dang. "We live-streamed the ceremony on Facebook which was watched by another 16,000 people".