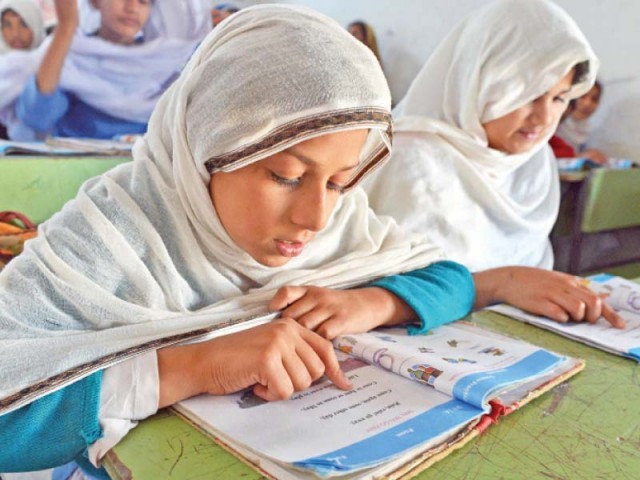 PESHAWAR: The provincial education department has promoted over 1.425 million students of matriculation and intermediate to next grades.

Khyber-Pakhtunkhwa (K-P) Elementary and Secondary Education Department (ESED) made the announcement after the Federal Ministry of Education ordered cancelation of matriculation and intermediate exams in the country.

However, administrations of the eight examination boards in the province are perplexed as to what to do with the students who have either failed in one or two subjects or have cancelled their examination papers to get more marks in the next exams.

K-P Boards’ Committee Chairperson Sharif Gul while speaking to The Express Tribune said that over 0.3 million students who have either failed in one or two subjects or have cancelled their papers after they could not get high marks.

Gul who also holds the post of Bannu Education Board chairperson further said that they have collected Rs1.7 billion from students under the head of examination expenses but so far they had not spent the money as exams have been cancelled. He said they were also confused as what to do with the money, whether it would refunded to students or.

The K-P Boards’ Committee chief said that they would put all issues before the federal government which would take a final decision in this regard.

Meanwhile, the Private Schools Regularity Authority elected members Syed Anees Takreem, Fazalullah Daudzai, Amjad Ali and Shaukat Mahmood in joint statement rejected the decision of the federal government of extending school’s vacations till July 15. They said that the government has not taken them into confidence over the decision and demanded that a bailout package should be announced for all private sector educational institutions.