22% more people have given positi­ve feedba­ck on the PTI govt’s effort­s to curb virus
By ​ Our Correspondent
Published: May 7, 2020
Tweet Email 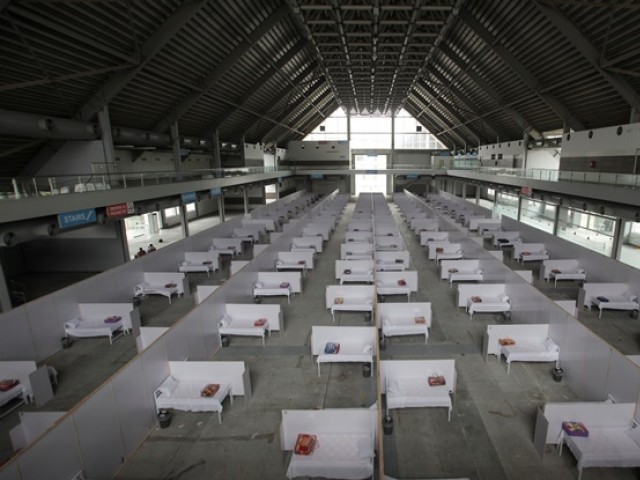 A general view of beds set up at the premises of the Expo Center in Lahore. PHOTO: REUTERS/FILE

LAHORE: Senior Punjab Minister Abdul Aleem Khan has said Prime Minister Imran Khan’s efforts have proved to be correct, which is why 82% of citizens were satisfied with the government’s policy on coronavirus.

He expressed satisfaction over a Gallup poll’s results, which revealed that in the last one month, 22% more people had given positive feedback on the Pakistan Tehreek-e-Insaf-led (PTI) government’s efforts to curb the virus.

He said it was gratifying to acknowledge that the coronavirus threat had been dealt with properly. “Now is the time to turn the wheel of the national economy and relax restrictions on the lockdown.”

He further said that even developed countries could not afford such a long lockdown but the federal government and the Punjab government had adopted a better policy by implementing flexible rules for the lockdowns.

“The prime minister and his team acted wisely in difficult situations while the opposition adopted a policy of only criticism.”