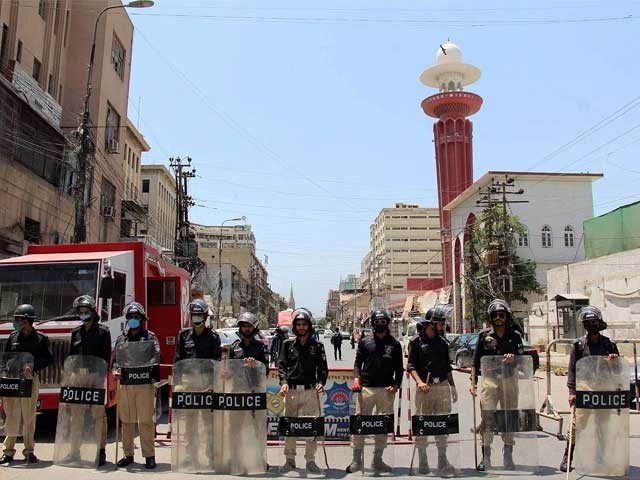 ISLAMABAD  : The National Command and Control Centre (NCOC) on Covid-19 on Wednesday endorsed the federal cabinet’s intention to ease the coronavirus lockdown and presented a set of recommendations to relax the restrictions.

The participants of an NCOC meeting chaired by Planning and Development Minister Asad Umar suggested restarting inter-provincial transport services with proper standard operating procedures (SOPs) in place, moving on to the second phase of resuming construction sector activities and reopening of retail outlets.

The chief ministers of the four provinces, representatives of Azad Jammu and Kashmir and Gilgit-Baltistan government and several other key officials participated in the meeting

The participants of the meeting proposed permitting shops to open from 9am to 5pm and then again from 8pm to 10pm.

However, they decided not to change the SOPs for religious congregations in the second half of the holy month of Ramazan.

According to sources, the NCOC also turned down Railways Minister Sheikh Rashid’s proposal to partially resume train services from May 10. The proposal was rejected by the provinces. A day earlier, the minister had announced resuming over 40 train services.

The provinces also opposed allowing public transport vehicles to operate after May 9.

Punjab, Sindh and Balochistan opposed the move to open educational institutions while Khyber-Pakhtunkhwa was in favour of opening schools from June 1.

It was also decided that the domestic flights should resume operations in the coming days.

Cabinet gives nod to easing lockdown restrictions after May 9

The body recommended reopening shops in rural areas from May 10, but decided that shopping malls, wedding halls and restaurants would remain closed.

The NCOC’s endorsement has come despite the tally of coronavirus patients in the country surpassing 23,600 and the death toll reaching nearly 550. Around 1,400 cases – the highest number in the country in a single day — and 30 deaths because of the disease were reported in the last 24 hours.

The National Coordination Committee (NCC) on Covid-19 will meet on Thursday (today) with all the chief ministers in attendance to decide easing the lockdown after May 9.

On Tuesday, the federal cabinet had agreed to further ease the lockdown after May 9 but left the final decision to the NCC.

Speaking to reporters after the meeting, Information Minister Shibli Faraz said Prime Minister Imran Khan had reiterated the need for taking care of the vulnerable segments of society and those deprived of their livelihood because of lockdown.

The premier, he added, had backed the proposal of easing restrictions in the country keeping in view the hardships being faced by people.

The government has already loosened restrictions on a range of industries in a bid to battle the economic fallout of the lockdown.

On Sunday, Umar had warned that around 18 million people could lose their jobs in the country because of the lockdown.

“According to the calculations of the Pakistan Institute of Development Economics, between 20 million and 70 million people in the country might fall below the poverty line,” he added.

Provinces disagree over date for opening schools amid coronavirus fears