Exports slip below $1b in April

Exports slip below $1b in April 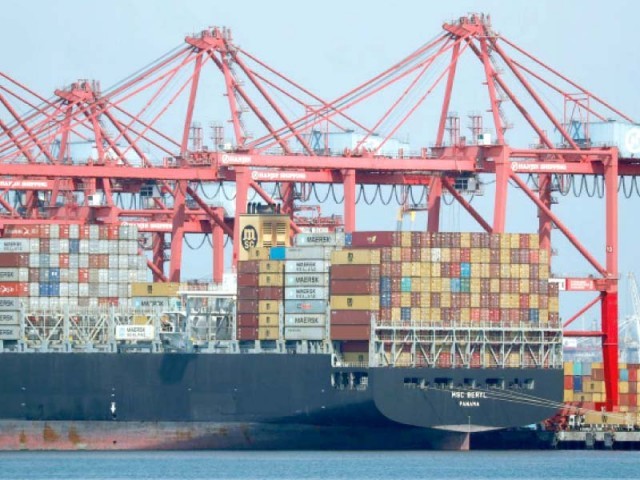 ISLAMABAD: Pakistan’s international trade has been severely disrupted due to the widespread lockdown as the country’s exports fell 54% to below $1 billion last month, underscoring the need for more accommodative economic policies to revive economy.

The disruption also affected Pakistan’s imports, which dropped 34.5% to $3.1 billion in April over the same month of last fiscal year, resulting in nearly one-fifth reduction in trade deficit to $2.1 billion, the Pakistan Bureau of Statistics (PBS) reported on Tuesday.

Exports are falling at a rapid pace than imports, which carry implications for the country’s external sector.

The trade deficit in April contracted 18.8% to $2.1 billion over the same month of previous year due to import compression and massive squeeze in exports.

Pakistan’s major trading partners are going through a phase of almost complete lockdown to stop the spread of the deadly pandemic. Dubbed as the “Great Lockdown” by the International Monetary Fund (IMF), the global lender expects no immediate recovery in international trade.

The increasing trade tensions between China and the United States may further adversely affect global trade.

The situation warrants accommodative fiscal and monetary policies to help local businesses. However, initial vibes coming from the Q-block, the seat of the finance ministry, are not very encouraging.

The finance ministry seems to be in the mood of adhering to targets agreed with the IMF for next fiscal year 2020-21.

The planning ministry also expects a sharp slowdown in international trade activities. Exports could potentially go down by up to 10% in dollar terms in the fourth quarter (Apr-Jun).

There will be a sharp slowdown in imports from 35-60% depending on severity of the crisis, according to an assessment of the Ministry of Planning and Development.

“The impact of trade contraction only on GDP (gross domestic product) could be up to 4.6% if combined imports and exports go down by 20%,” said the Ministry of Planning’s assessment.

Similarly, a 20% decline in imports and exports in the fourth quarter would cause a loss of 4.7% of GDP.

Prime Minister Imran Khan is expected to make a decision this week on gradually easing restrictions on businesses from next week. Almost half of the businesses are closed and activities in major urban centres remain largely suspended.

Compared with only $228 million reduction in imports, the exports contracted $857 million last month over March.

Under the government’s Rs1.2-trillion stimulus package announced by the prime minister on March 27, the government had promised the release of Rs157 billion in tax refunds. However, the process remains painstakingly slow.