German Football League (DFL) reported that out of 1,724 tests, 10 had returned a positive result 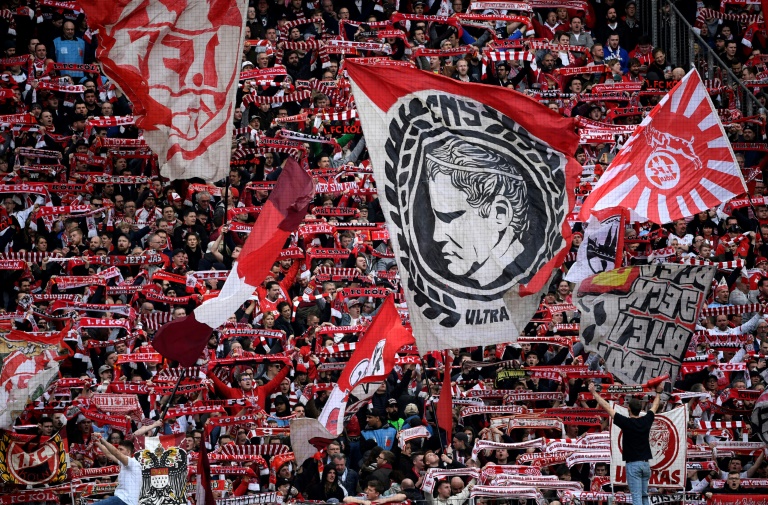 Germany's football league insisted Monday the mass testing of players and backroom staff was "providing protection" after 10 cases of coronavirus across the top two divisions raised questions about its plans to resume matches this month.

On Monday, the German Football League (DFL) reported that out of 1,724 tests, 10 had returned a positive result, three of which are already known to involve Bundesliga side Cologne.


"The tests carried out over the past few days have fulfilled their purpose of providing additional safety and thus protecting players as best as possible from infection during team training or matches," the DFL said in a statement.

The positive results, around 0.5 percent of the total, all came from the first batch of tests as the German league prepares to restart matches from the weekend of May 16 in empty stadiums and with strict hygiene measures.

The league's plans to become the first major European football competition to restart since the season was halted in mid-March hinge on the regular testing of players.

The DFL did not specify which clubs the positive tests came from, but the individuals concerned have immediately been quarantined and the local health authorities informed.

The news of the positive tests comes as the league is hoping to get the green light to resume from Chancellor Angela Merkel's federal government on Wednesday.

According to the regulations in force in Germany, anyone who has been in contact with a positive case of coronavirus must observe a 14-day isolation period.

Horst Seehofer, Germany's interior minister who has responsibility for sport, has said he supports the plans for Bundesliga teams to finish its interrupted season.

However, on Monday Seehofer's ministry football would not be allowed to deviate from the rules for the wider population.

"Horst Seehofer stands by what he said -- anyone who has been in direct contact with a person who has tested positive must be quarantined for 14 days," interior ministry spokesman Steve Alter said.

"This is a principle that applies to the whole population and there is no reason why it should be any different for professional footballers."

The league's plans to resume state that clubs are able to continue training even if a squad member or coach tests positive for the coronavirus and is quarantined.

Germany's top clubs are desperate for the season to be completed by June 30 in order to claim a 300 million euros ($325 million) instalment of money due from the league's television contract.

Thirteen of the 36 clubs in the top two leagues are reportedly under severe financial pressure due to the pandemic.


Some politicians also want league games switched from pay-per-view broadcaster Sky to state channels to encourage fans to stay at home and not gather to watch matches in public places which have a subscription.

RB Leipzig, who were third in the table behind leaders Bayern Munich when the league halted, are planning to keep their squad in semi-quarantine on their training grounds should games resume.


They will "possibly spend the night here as well. This is still being discussed," Leipzig's German international defender Marcel Halstenberg told broadcaster MDR.

Not all players are following the strict hygiene measures.

In a video he posted to Facebook on Monday, former Chelsea striker Salomon Kalou greeted Hertha Berlin team-mates and staff with handshakes, breaking guidelines to avoid contact and earning the league's wrath.

"The pictures of Salomon Kalou from the Hertha dressing room are absolutely unacceptable," the DFL said.

Hertha said they have suspended Kalou, who apologised for the incident, from training and playing "with immediate effect".

The German league is aware that its plans are under scrutiny.

Anja Stahmann, chairwoman of German's state ministers for sport, called for "the greatest possible transparency" from the DFL.

She also added fuel to the debate about whether the league should resume.

"In public, people are rightly saying - 'why should football resume behind locked doors yet religious services are still banned?'," the Bremen-based politician told Deutschlandfunk radio.

"Why are the playgrounds closed, but millionaires are allowed to play football?"