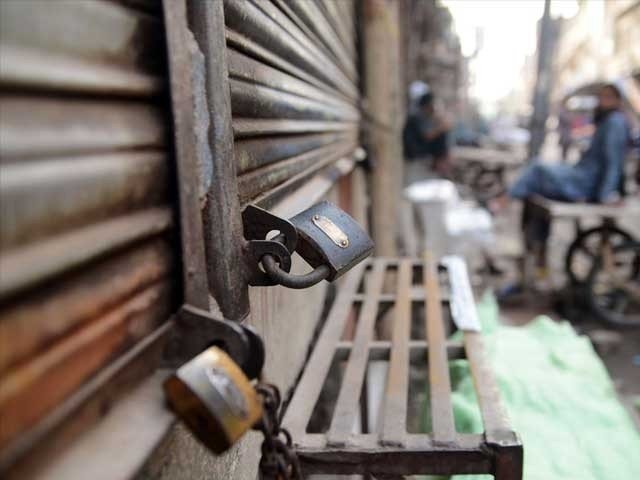 LONDON: Global stock markets fell on Monday after the US President Donald Trump sparked fears of a renewed trade war with China over its role in the coronavirus pandemic.

From the outset, European equities kicked lower on simmering US-China tensions with Frankfurt and Paris playing catch-up with London after a long holiday weekend.

The region’s losses came despite millions of Europeans emerging from lockdown on Monday, with hardest-hit Italy leading the way out of its two-month coronavirus confinement.

Asian stocks also dipped into negative territory, tracking pre-weekend falls on Wall Street as investors returned from an extended weekend break to send Hong Kong stocks down 4.2%, although Shanghai and Tokyo remained shut. Oil prices declined from last week’s surge while the US dollar was on the front foot against the European single currency.

“Risk sentiment is very fragile as we enter another critical week in terms of economic and corporate data. Tail risks are rising and Donald Trump’s attacks on China are really not helping,” Swissquote Bank analyst Ipek Ozkardeskaya told AFP.

“Equities in Europe opened sharply lower, as expected. Losses in the FTSE were less than the rest of the European continent, but the investor mood points at further losses throughout the session.”

Trump had hinted he could impose new tariffs on China over its handling of the virus outbreak, claiming he had seen evidence linking a Wuhan lab to the contagion.

The claim, repeated by US Secretary of State Mike Pompeo, overshadowed a further slowdown in the number of infections and deaths from Covid-19.