Premie­r tells MNAs, MPAs to ensure relief reache­s to benefi­ciarie­s in their consti­tuenci­es
By Rizwan Shehzad
Published: May 4, 2020
Tweet Email 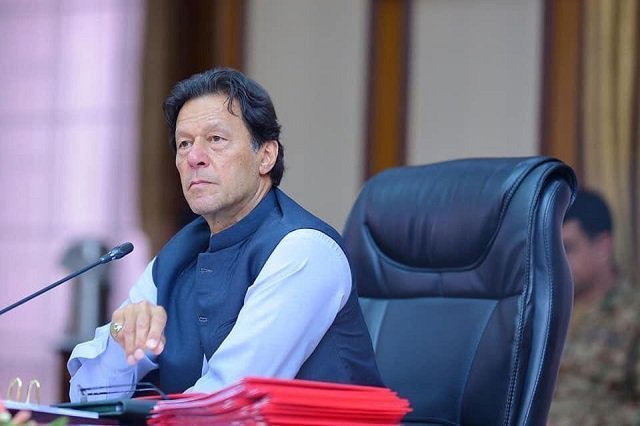 ISLAMABAD: Prime Minister Imran Khan informed members of the national and provincial assemblies on Monday that the government had decided to gradually ease the lockdown in the coming days, keeping in view the ground realities, especially the economic situation of the country and the problems of the common man.

Subsequently, Prime Minister Imran directed the MNAs and MPAs not only to play their full role in providing relief to the people in this hour of need but also encourage the masses to take precautionary measures so that the spread of the coronavirus could effectively be stopped.

Addressing the lawmakers, who joined from commissioners’ offices in their respective areas and other locations, Imran said that comprehensive standard operating procedures (SOPs) based on security measures, had been prepared for each sector, and the public representatives should play an active role in implementing them.

“Keeping in view the ground realities, especially the economic situation of the country and the problems of the common man, the government has decided that the lockdown will be gradually eased in the coming days,” a statement issued by the Prime Minister’s Office quoted Imran as saying.

He said that the government was trying its best to provide all possible relief to the people in view of the coronavirus situation, adding that despite the difficult circumstances, the government announced an economic package of Rs1.25 trillion.

He said that the process of providing Rs12,000 to 12.5 million deserving families was being ensured on the basis of transparency and merit. In addition, he continued, a special programme had been launched to provide relief to laborers and workers. He directed all the elected public representatives to ensure that all the beneficiaries in their constituencies could easily avail the government’s relief package.

“It is very encouraging that people from all walks of life across the country came forward to assist in the efforts and provide relief to the people in the difficult situation created by the pandemic,” the prime minister noted.

Speaking about the Corona Relief Tiger Force, the prime minister lauded the spirit of the people from all walks of life to come forward and volunteer. He added the terms of reference for the 1 million-strong volunteer force had been prepared.

The Tiger Force, he added, would not only help district administrations in providing relief to the people but it will also carry out important activities such as assisting in the implementation of security measures at public places and keeping the administrations informed about stocks of the essential items at the utility stores.

In this regard, the prime minister said, a pilot project had already been launched in Sialkot on the basis of which Tiger Force could be fully mobilised. “We need to ease the lockdown so that people can earn and get jobs,” he said.

“The government needs to be careful. All efforts will go in vain if the people do not take precautionary measures. This is where the members of the Tiger Force come in. They will go to union councils and publicise the government’s guidelines,” he added.

“This volunteer force has been formed to meet the challenges posed by the coronavirus pandemic. The entire world is being forced to take steps that have not been taken during the past 100 years. The force will help those who are in need because the ‘administrations’ alone cannot do everything.”

The prime minister also outlined the role of the Tiger Force, asking the volunteers to “strike a balance between saving people from the virus and saving them from hunger and keep an eye on hoarding” and inform the district administration if they witness such practices.

“The volunteers will register those who have lost their job due to the coronavirus pandemic in their respective union councils. Everyone cannot register themselves therefore, the force will help with that,” said the prime minister.

The main duties of the Tiger Force are to facilitate the functioning of utility stores, implement SOPs at mosques, help in the management of isolation and quarantine centres, identify hoarders, profiteers and the deserving people in their locality and distribution of ration.

The volunteers would also be given training on security, quarantine, relief, health and awareness and duties would be assigned as per qualification and age. A code of conduct has also been issued for the volunteers.