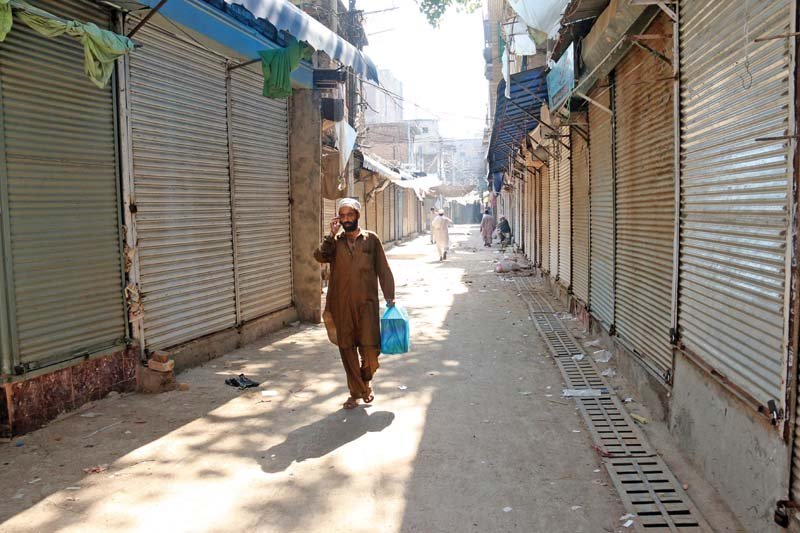 LAHORE: Traders have once again urged the government to open markets and small industries immediately as the losses incurred due to the lockdown have now become unbearable.

Office-bearers and leaders of over 100 markets, at a Traders Consultative Conference hosted by the Lahore Chamber of Commerce and Industry (LCCI), said that pressure on trade and industry is increasing with time as they are at the edge of bankruptcy due to prolonged lockdown and suspension of trade activities.

The representatives argued that if the businesses in the US, Italy, Spain, Germany and other countries can resume operations by practising Standard Operating Procedures (SOPs), then why not in Pakistan.

They added that this is a season for businesses to earn and the government should open all trade and industries, as now they facing extreme difficulty to cover their expenses, ie to pay utility bills or salaries, etc.

The traders’ community announced that if the government further expands the lockdown than they would be compelled to open their markets and shops from May 10.

“They should be allowed to open their businesses no matter for a limited duration, otherwise law and order situation will be affected,” they added. They concluded that these people are the backbone of the economy and playing a great role in providing employment and revenue.

Builders want all stakeholders on board