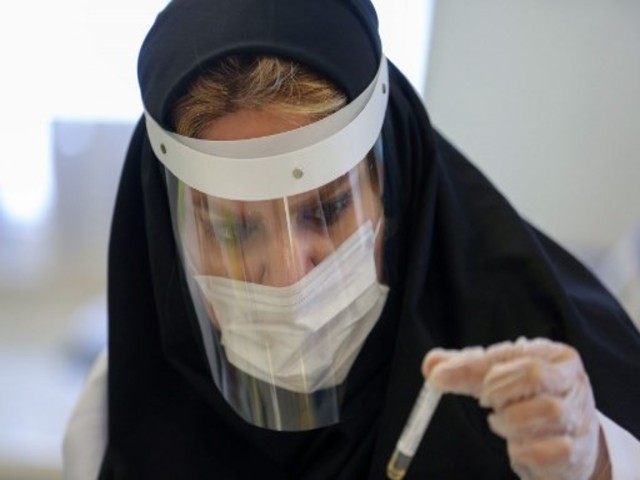 An Iranian doctor works on the production of Covid-19 test kits at a medical centre in Karaj, in the northern Alborz Province. PHOTO: AFP/FILE

TEHRAN: Iran said Saturday there was a “clear drop” in the number of new coronavirus infections as it reported 802 fresh cases, the lowest daily count since March 10.

The new cases brought to 96,448 the number recorded in Iran since it announced its first cases in mid-February.

“This shows a clear drop in the number of new infections compared to recent weeks, despite our active testing,” health ministry spokesman Kianoush Jahanpour said on state television.

Americans begin to surface from isolation as states ease clamp-downs

He added that 77,350 of those hospitalised have since been discharged, claiming it is a “one of the highest recovery percentages in the world.”

Doubts have been cast over Iran’s coronavirus figures by experts and officials both at home and abroad.

Iran’s deputy health minister Iraj Harirchi warned that the fall in the number of infections could quickly reverse.

“I emphasise that this steady decline is fragile,” said Harirchi, who has himself recovered from Covid-19.

Coronavirus ‘is natural in origin’: WHO

He also called on the government to increase health sector spending, which he said had been hit by fiscal pressures resulting from sweeping US sanctions and the global economic contraction sparked by the coronavirus.

Iran has tried to contain the spread of the virus by shutting schools, universities, cinemas and stadiums among other public spaces since March.

But it has allowed a phased reopening of its economy since April 11, and authorities are now mulling allowing sports, cultural and religious centres too.

Tehran authorities, who have kept public transportation running despite warnings from health experts, made it mandatory for passengers to wear masks as of Saturday.

The virus has not spared public figures, with at least 12 current or former government officials or lawmakers dead and more infected.

One of the most senior — parliament speaker Ali Larijani — made his first public appearance in a month on Saturday, donning a protective mask to attend a televised meeting alongside the president and the head of the judiciary.