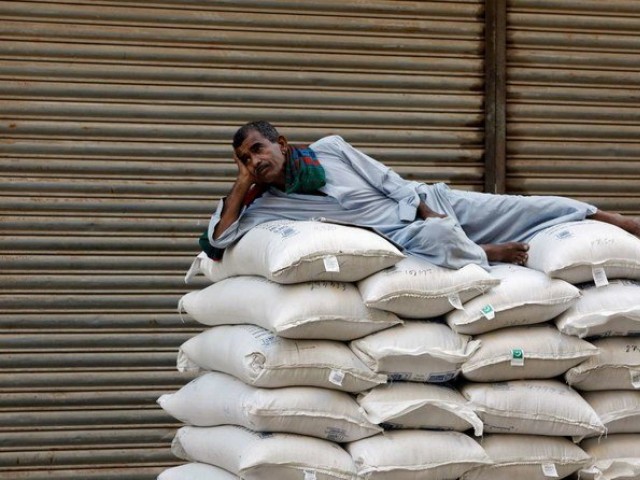 KARACHI: Hundreds of thousands of employees in the private sector have lost jobs and have not been paid monthly salaries after federal and provincial governments failed to divert workers’ welfare fund for paying wages and instead offered bank loans to cope with the coronavirus pandemic in Pakistan.

The scale of layoffs can be measured from a recent statement given by Adviser to Prime Minister on Finance Dr Abdul Hafeez Shaikh that the federal government was preparing a relief package for four million people, who got unemployed during the Covid-19 global health crisis.

“Pakistan should prepare … (to see) massive layoffs after Eidul Fitr (which will fall in late May),” Employers Federation of Pakistan (EFP) former president Majyd Aziz said.

“The Sindh government paid Rs1.25 billion to the PM relief fund from the workers’ welfare fund instead of diverting the amount towards businesses and industries to pay wages and save people from layoffs,” an industrialist pointed out while talking to The Express Tribune on the Labour Day.

“We had asked the provincial government to make the workers’ welfare fund available for paying monthly salaries. However, we were offered bank loans to pay wages, which was infeasible as the loans carried additional cost,” he said. The number of employed people stood at around 62 million in Pakistan before the health crisis struck the country in March, according to tradingeconomics.com.

Industries contribute 2% of their profits to the workers’ welfare fund, which is aimed at constructing flats for workers and distributing bicycles and sewing machines.

However, the ministers under different governments have been utilising the fund in their constituencies. “The size of the fund, managed by provincial governments under the 18th Constitution Amendment, must be in billions of rupees as no flats have been constructed and no bicycles and sewing machines distributed these days,” he said.

Besides, businesses contribute a certain amount from their employees’ monthly salaries to the Employees Old-Age Benefits Institution (EOBI).

The institute invests the employees’ contribution in different assets and pay pension to the retired ones from earnings generated from the investment.

“We had also asked to divert EOBI funds (worth Rs500-600 billion) for paying wages but nothing happened on this front as well,” he remarked.

“The federal government could direct the EOBI to pay salaries at this difficult time and later we will again contribute to the EOBI when the crisis subsides in two, three or four months,” he added.

Half a million jobs saved

The State Bank of Pakistan (SBP) reported that so far more than 700 companies had applied for low-cost loans to pay salaries and protect over half a million jobs from the Covid-19 crisis. Banks offered the loans at 3% mark-up to tax-paying businesses and at 5% to non-tax-paying firms under a scheme introduced by the central bank. The benchmark interest rate stands at 9% at present.

“In the first two weeks of announcement of this scheme, applications for Rs65 billion worth of loans from companies were being processed at banks and DFIs (development finance institutions) that will protect jobs of more than half a million people in more than 700 companies,” the central bank said in a tweet on Thursday.

The loan was being offered to the companies which committed that they would not retrench their workers for the next three months, according to the central bank.

Aziz, who earlier raised concern over the low-cost loan with the SBP governor and his team, said only a few hundreds out of hundreds of thousands of registered companies had applied for the loan.

“A majority of the companies did not opt for the loan because it carried additional cost for businesses that was not feasible at a time of crisis,” he said.

The loan was mostly sought by export-oriented industries and those units operating in essential food and pharmaceutical industries. “Non-essential businesses mostly remained closed under the lockdown,” he said.

The government, however, is slowly allowing industries to re-open mostly in export and essential services sectors.