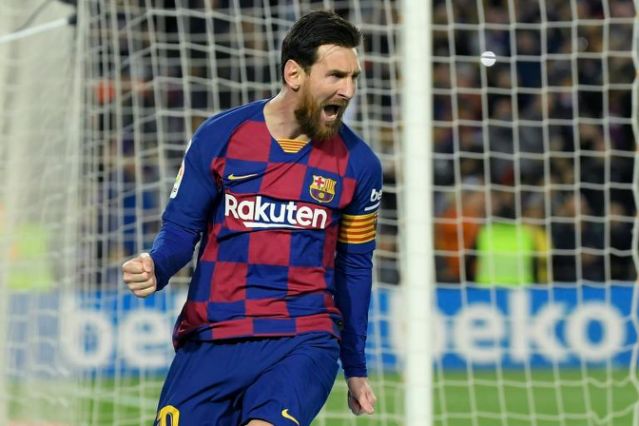 Football leagues across Europe have been suspended since March due to the coronavirus pandemic which has claimed over 130,000 lives throughout the continent.

Lockdown restrictions are in effect worldwide although some countries are cautiously beginning to ease stay-at-home orders.


AFP Sport looks at what we know about the plans for Europe's top leagues:

Premier League chiefs are targeting a return in June and several clubs have reopened their training grounds this week as they work on "Project Restart".

The English top flight is understood to be aiming to run a huge testing operation to keep footballers safe, with reports of 26,000 tests being lined up for players and staff.

Teams could reportedly return to full training mid-May and resume matches on June 8, with the plans to be discussed at a meeting of stakeholders on Friday.

The clubs remain committed to ending the 2019-20 campaign and there are compelling financial and legal reasons to play the remaining 92 games. A failure to finish the season is forecast to cost Premier League clubs an estimated £1 billion ($1.2 billion).

Matches would almost certainly be played behind closed doors and clubs have reportedly been told that only approved stadiums could be used, with higher health certification than normal.

However, the Professional Footballers' Association have raised the issue of players not wanting to be put at risk by returning too soon.


La Liga players will be able to restart basic training from May 4, based on the Spanish government's plans announced Tuesday to transition out of a strict virus lockdown.

Prime Minister Pedro Sanchez said the decision was the first move in lifting lockdown measures which will be done in four stages across two months.


Only in later stages of the process will full training sessions be able to take place.

League president Javier Tebas is hopeful the league can begin again in mid-June. He has said "it is not an option" to cancel the season given the economic fallout, estimating it would cost clubs around a billion euros.

"I do not understand why there would more danger in playing football behind closed doors, with all precautionary measures" than any other line of work, Tebas said.

"In Spain, football is an important economic driver that we need to reactivate like many others. We continue to focus on this reactivation, in a responsible manner and adhering to health recommendations, as soon as possible."


Italy's sports minister Vincenzo Spadafora has warned Serie A could be called off, with the league facing "an increasingly narrow path" for its resumption.

The government has allowed individual athletes to resume training next week but team sports, including football, must wait until at least May 18. The move was slammed by Italy's footballers' union "as discriminatory and even illogical".


All 20 top-flight clubs have voted unanimously to complete the league season, but the final decision rests with the government.

An emergency meeting of the clubs will be held on Friday. Spadafora suggested "the majority could ask us to suspend this season and prepare for the next championship as best possible".

Italian football chiefs have already pushed back the end of the Serie A season from June 30 to August 2. The goal of a return to competition in early June has become impracticable, shifting the date towards June 10-14.

Another solution being touted would be a play-off to allocate the Scudetto and qualifying places for European competition and determine relegation.

The Bundesliga could resume by "the middle or end of May" according to the country's sports ministers, although it still requires the green light from Angela Merkel's government.

Chancellor Merkel will meet state leaders in Berlin on Thursday, when it is hoped the league will be granted permission to resume play from May 16.


Clubs returned to training at the start of the month while adhering to social distancing guidelines and games would be played behind closed doors, with large-scale public events banned in Germany until August 31.

Borussia Dortmund chief executive Hans-Joachim Watzke warned last weekend that "the entire Bundesliga will go down" unless the league restarts.


Germany's top clubs are desperate for the league season to be completed by June 30 in order to claim an instalment of television money worth 300 million euros ($325 million).

A primary sticking point is the testing of players, which critics claim will be an extra burden on Germany's health system.


The Ligue 1 season appears to be over after French Prime Minister Edouard Philippe said professional football cannot resume until September.

The French league will meet on Thursday "to analyse the sporting and economic consequences" of the government announcement.


Assuming no more matches take place, the league must decide how to end the season. It is understood that France will not follow the lead of the Netherlands, who decided to void their season with no champion, relegation or promotion.

Final placings could be attributed based on the standings as they are, or using an average of points per game.

Sports daily L'Equipe calculates that the top two divisions could now miss out on 243 million euros ($264 million) from broadcasters Canal Plus and beIN Sports, plus 35 million euros for international rights. That is on top of lost gate receipts and sponsorship.

The Dutch FA put an end to the season last week, as the Eredivisie became the first top European league called off due to the health crisis. No title will be awarded and there will be no relegation or promotion.

The Belgian Pro League is expected to take a similar decision next week, confirming the season over with Club Brugge in line to be declared champions with 11 games unplayed.

The fate of the Scottish Premiership is up in the air. A controversial vote ended the seasons in the lower three divisions but there are hopes the top flight could restart behind closed doors if given government approval.