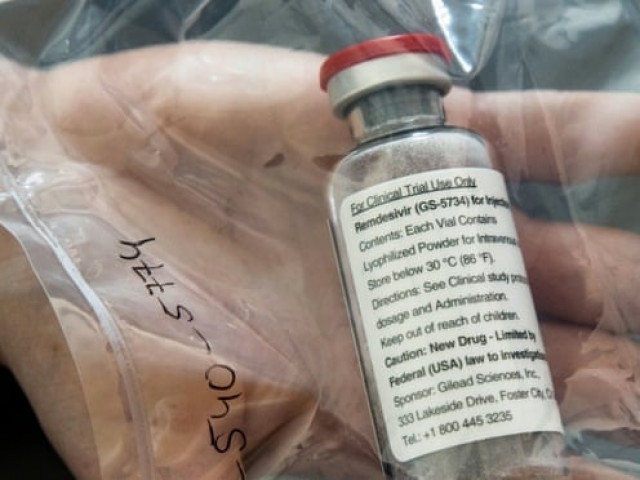 Gilead Sciences Inc’s experimental antiviral drug remdesivir helped improve symptoms in Covid-19 patients who were given the drug early than among those who were treated later, the company said.

The closely-watched drug has moved markets in the past few weeks and on Wednesday broader markets once again rose on the data and Gilead shares also jumped 9%.

In Gilead’s study, 62% of patients treated early were discharged from the hospital, compared with 49% of patients who were treated late, the company said in a press release.

The trial was testing 397 patients, evaluating the safety and efficacy of five-day and 10-day dosing regimens of remdesivir in hospitalized patients with severe manifestations of Covid-19.

Interest in Gilead’s drug has been high as there are currently no approved treatments or preventive vaccines for Covid-19, and doctors are desperate for anything that might alter the course of the disease that attacks the lungs and can shut down other organs in extremely severe cases.

The company also said a separate trial by the National Institute of Allergy and Infectious Diseases had met the main goal of the study, but it did not provide details on the data.