US coronavirus tally reaches one million as countries ease lockdowns

US coronavirus tally reaches one million as countries ease lockdowns

US record­s larger loss of life than record­ed by its milita­ry in the Vietna­m War
By AFP
Published: April 29, 2020
Tweet Email 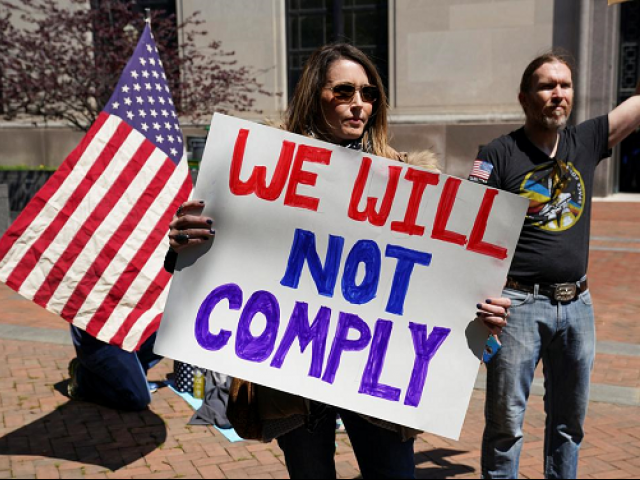 The United States on Tuesday recorded its one-millionth coronavirus case as countries including Spain, Russia and Nigeria took tentative steps back towards normal life by preparing to reopen some businesses.

Excitement over partial easing of the lockdowns affecting more than half of humanity has been tempered by fear of new outbreaks and growing evidence of the economic devastation wreaked by the Covid-19 pandemic.

The US – where millions of jobs have gone – reached another grim milestone as it registered 58,351 deaths, a larger loss of life than recorded by the US military in the Vietnam War.

The overall US case load rose to 1,011,877 in a public health disaster that could threaten President Donald Trump’s re-election chances.

But some countries have reported falling infection numbers, and governments have begun to chart their way out of the shutdowns.

France said Tuesday that shops, markets and selected schools could reopen next month, with face masks required on public transport and work-from-home orders staying in place for several more weeks.

Spain said restrictions would be slowly lifted over the next two months, while Italians will be able to exercise outdoors and visit relatives from next week – but only if they wear masks and refrain from hugs and handshakes.

Italy, Spain and France have been the worst affected countries in Europe, with each reporting more than 23,000 deaths.

But he nonetheless said lockdown measures could be eased from next month.

Data on infection rates has shown mixed results in Germany, which is being closely watched after allowing some shops to reopen last week.

“We all need to take care that we don’t end up with more infections,” said Lothar Wieler, president of the Robert Koch Institute for disease control.

‘The cries of the people’

Experts have warned of a second wave of contagion if restrictions are lifted too hastily, and the World Health Organisation has said reinfection may be possible even among recovered patients.

Nigeria’s largest city Lagos, bus driver Taju Olonade told AFP a decision to ease the lockdown showed that authorities had finally listened “to the cries of the people.”

“For almost one month I have not earned a penny,” he said. “I hope life will soon return to normal.”

The new coronavirus has killed at least 214,451 people since the outbreak first emerged in China in December, according to a tally compiled by AFP on Tuesday.

More than three million cases have been registered in 193 countries and territories, although the official tally is widely thought to lag far behind the actual figures.

The United States, which on Tuesday recorded a further 2,207 deaths in 24 hours, has seen by far the highest number of fatalities.

Trump has increasingly sought to blame China, but China pushed back fiercely on Tuesday, accusing US politicians of “barefaced lies.”

“They have only one objective: shirk their responsibility for their own poor epidemic prevention and control measures,” foreign ministry spokesman Geng Shuang told reporters.

Beijing and Washington have clashed repeatedly over the outbreak.

It seems to be under control in China with no new deaths reported for 13 straight days and the death toll standing at 4,633 – although much doubt has been cast on whether the numbers are accurate.

Anger at the global economic paralysis has intensified in recent weeks, and anti-government protesters took to the streets in Lebanon on Tuesday in defiance of a lockdown.

“I came down to raise my voice against hunger, poverty and rising prices,” Khaled, 41, told AFP, saying he had lost his job selling motorcycle parts and could no longer support his three children.

In the latest sign of big business woes, British Airways is set to slash up to 12,000 jobs, its parent company said. The carrier, which has approximately 45,000 employees, has already furloughed nearly 23,000 staff.

Despite other European countries moving towards reopening schools and shops, British Prime Minister Boris Johnson said it was too early for the UK to follow suit.

That was in contrast to New Zealand, where people enjoyed fast food and coffee shop treats for the first time in five weeks after the country lifted its strict lockdown.

“We see the difference in other countries and I don’t envy them, that’s for sure,” said Wellington resident Cheryl Robertson, who planned to celebrate her newfound freedom with a curry.

In Australia, hundreds of surfers and swimmers rushed back to the waves at Bondi Beach in Sydney, five weeks after police closed the area because of large crowds flouting social distancing rules.

“I’ve been excited for like a week,” Diane Delaurens told AFP, dripping after an early-morning surf.

However, there is not yet a vaccine for the disease and Britain issued a warning of coronavirus-related syndrome emerging in children – including abdominal pain and inflammation around the heart.

“What I would also stress is that it is rare. Although it is very significant for those children who do get it, the number of cases is small,” said Health Secretary Matt Hancock.

In Tokyo, organisers said that the postponed 2020 Olympics will have to be canceled next year if the pandemic isn’t brought under control.

In Latin America, Brazil emerged as a new hotspot with 5,000 deaths so far – more than China’s – while nine inmates were killed when rioting broke out at a prison in Lima, Peru after two inmates died from Covid-19.