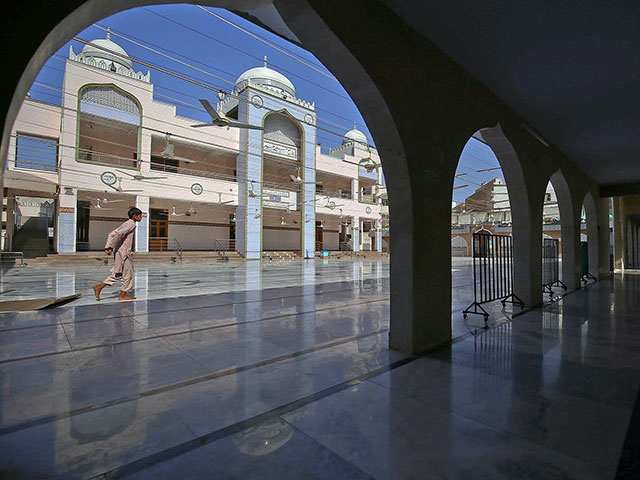 It is a Ramazan like never before for Muslims across Asia as mosques that would normally be packed for prayers are deserted and in some places locked up as governments enforced measures to stem the spread of the novel coronavirus.

At Indonesia’s main Istiqlal mosque, the biggest in Southeast Asia, the call to evening Maghib prayers and a message asking people to pray at home echo in the empty hall – a stark contrast to last year when thousands thronged in to pray.

Indonesia, the world’s most populous Muslim country, has confirmed 8,882 cases of the coronavirus and at least 743 people have died.

In Dhaka, the capital of Bangladesh, the gates of the Mayor Mohammad Hanif Jame Mosque were padlocked.

In the Pakistani city of Karachi, police patrolled outside the Faizan-e-Madina, one of the city’s biggest mosques, to stop worshippers from gathering and no one was performing Taraweeh, a special prayer during Ramadan.

Pakistan has reported more than 11,000 cases of the coronavirus, including 237 deaths.

In India, only five worshippers joined an evening prayer on the first day of Ramadan in New Delhi’s imposing Jama Masjid as the call to prayers drifted out over the deserted courtyard.

Health experts have warned that the rapid spread of the coronavirus in poor, densely populated parts of South Asia – home to a fifth of the world’s population – could easily overwhelm weak public health systems.