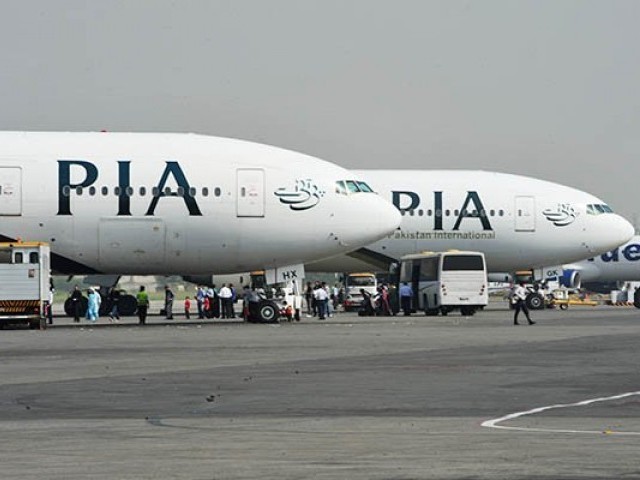 KARACHI/RAWALPINDI: The Pakistan International Airlines (PIA) has worked out an extraordinary special flights operation to bring back 20,000 stranded Pakistanis from around the world within a fortnight, sources told The Express Tribune.

Under its special mission, the sources said, the national flag carrier would operate 103 flights to repatriate the stranded Pakistanis from the UK, UAE, France, Germany, Bahrain, Qatar, Saudi Arabia, Muscat, Malaysia and Oslo by May 9.

Thousands of Pakistani citizens, including expatriates, are help up in various cities around the world because of airport closures and flight bans imposed by governments to contain the spread of novel coronavirus, which causes Covid-19.

On Friday, Foreign Minister Shah Mehmood Qureshi, while addressing a virtual meeting with the Pakistani-American community, put the number of registered stranded Pakistanis at 60,000 and said that the government was trying to airlift maximum number of them before Eidul Fitr.

Under the PIA plan, about 20,000 Pakistani citizens would be flown back to Karachi, Lahore, Islamabad, Faisalabad, Peshawar, Multan, and Sialkot airports in the next 15 days. The passengers would go through screening at these airports and any Covid-19 patients would be kept in 14-day quarantine.

This is the first time that the national flag carrier has planned such a large flight operation during the lockdown. The PIA also running special flights to and from different destinations, and brought back thousands of Pakistanis, besides flying thousands of foreigners to their homelands from Pakistan.

This week, the PIA operated its maiden flight to Melbourne, Australia to carry more 300 Australians back home. On Sunday, the return flight brought back 250 stranded Pakistanis. The repatriation was coordinated by the Pakistan High Commission and the consulates general in Sydney and Melbourne.

A PIA spokesperson said that the PIA was fulfilling its “national duty” in this hour of need. “At present, the purpose of special flights is to get as many people back home as possible,” he said, adding: “The PIA is fully implementing government and internationally-defined rules on these flights.”

About a video, showing some passengers quarrelling with the crew onboard a Toronto-bound flight about social distancing, he said the airlines was taking all necessary precautions. “All aircraft are disinfected before departure. Safety equipment are provided to all crew and passengers,” he said.

The undated video showed passengers and the crew inside the plane and the passengers were asking why they had not been seated with a gap of one empty seat despite buying expensive tickets. The spokesperson said that the PIA was fully implementing the flight rules.

He said that the fares were definitely higher because of the high cost of operating empty flights. “Where there is no requirement for an empty flight, a limited number of passengers are allowed, he said, adding that there was no truth in claims of doubling the PIA fare.