British PM Johnson will be back at work on Monday, office says

No evidence recovered Covid-19 patients immune to virus: WHO

As the global death toll soared past the grim 200,000 milestone

The global death toll in the novel coronavirus pandemic soared past the grim 200,000 milestone on Sunday, as the World Health Organization warned against "immunity passports" for recovered patients, seen as a possible tool for countries preparing to re-open their economies.

The WHO opposes such "passports" because recovery from the virus might not protect a person from reinfection.


"There is currently no evidence that people who have recovered from #COVID19 and have antibodies are protected from a second infection," the UN health body said in a statement.

Meanwhile hundreds of millions of Muslims around the world spent the second day of the Ramadan holy month out of mosques and avoiding large family meals to break the fast because of sequestration and social distancing policies.

And Australians and New Zealanders marked Anzac Day without the normal parades and public ceremonies to commemorate fallen soldiers. Instead, under social distancing policies, people held dawn vigils in front of their homes. 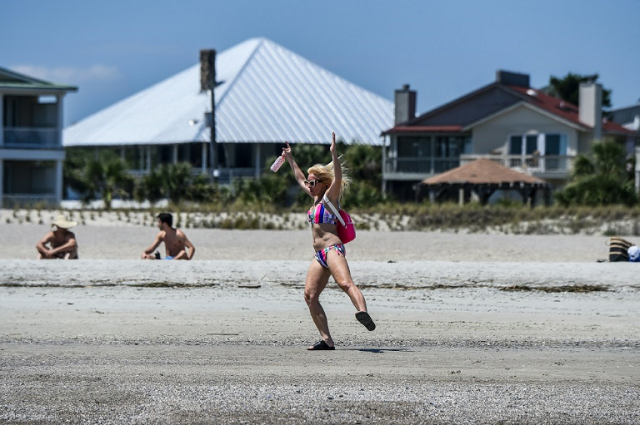 A woman dances on the beach at Tybee Island, Georgia after the state's governor ordered a partial reopening of businesses and public places. PHOTO: AFP 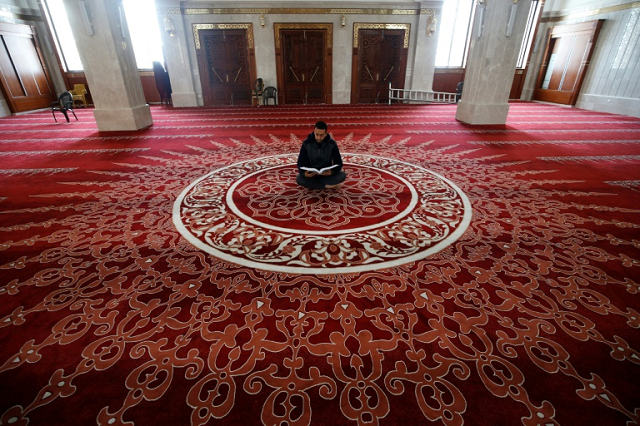 Mosques have been empty during the start of Ramadan as prayers are held at home. PHOTO: AFP

The world remained in wait as companies and governments raced to develop treatments and, eventually, a vaccine for the virus, which first surfaced in China in late 2019.

The WHO warned on Saturday that people who test positive and survive infection cannot be certain they will not be hit again by the coronavirus. 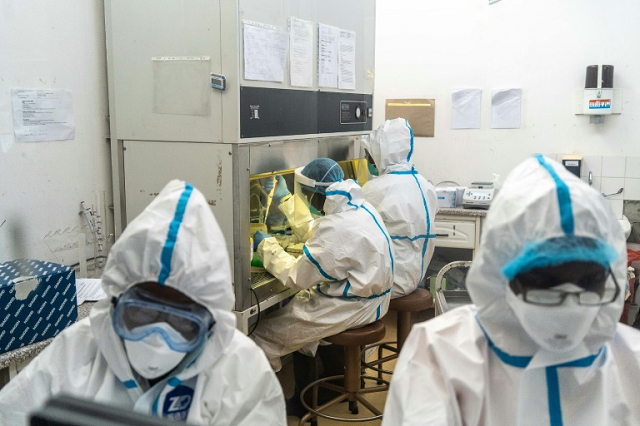 Countries are carrying out more testing in a bid to track the rate of infections. PHOTO: AFP

The warning came as some governments study measures such as "immunity passports" for those who have recovered as one way to get people back to work after weeks of economic shutdown.

People holding such a "passport" may tend to ignore public health advice, such as continuing to wear facemasks, assuming they are not a danger to themselves or others, the WHO said.


That is a particular worry as testing becomes more widespread, especially testing for coronavirus antibodies, whose presence indicate a person had previously contracted the virus and recovered. 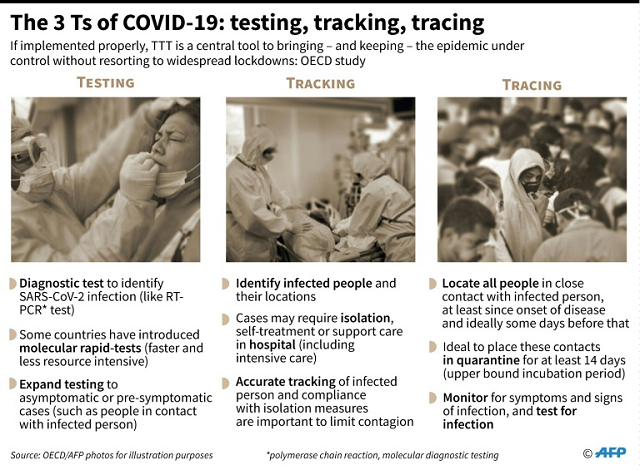 "If I've already had corona then I'm not infectious," said Berlin resident Lothar Kopp, hoping to test positive for antibodies as it could allow him to visit his elderly mother.

Germany has carried out tens of thousands of tests and other countries are also working on determining so-called levels of immunity.

Despite Saturday's grim milestone in virus fatalities, the daily toll in Western countries appeared to be levelling off and even falling, a sign hopeful epidemiologists had been looking for.

Likewise, new reported cases appear to have plateaued at about 80,000 a day. 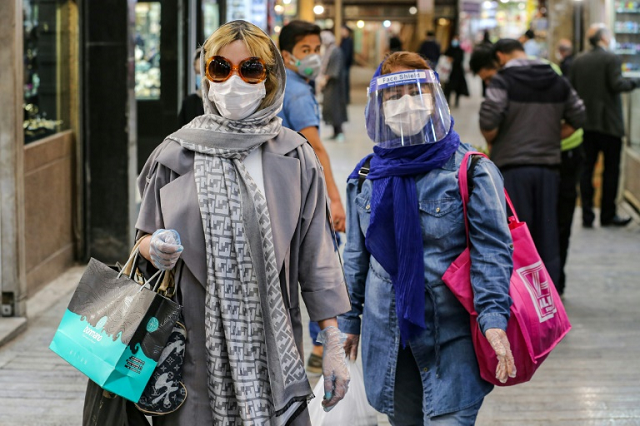 Shoppers clad in protective gear, including face masks and shields and latex gloves, walk through the Tajrish Bazaar in Iran's capital Tehran during the Muslim holy month of Ramadan. PHOTO: AFP

Iran has steadily allowed the restarting of businesses that were closed to stop the virus spread. But Alireza Zali, a health coordinator for the capital, criticised "hasty reopenings" that could "create new waves of sickness in Tehran".

In Washington, the White House's top pandemic advisor Anthony Fauci said this week that the United States will certainly have a coronavirus problem in the fall, which could be complicated by the return of the seasonal flu toward year-end. 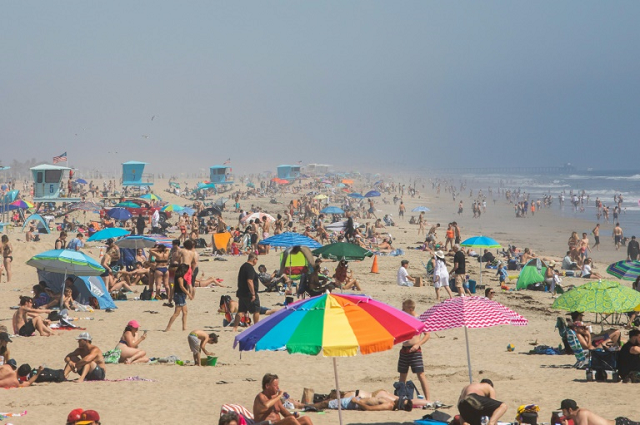 Amid a heat wave, people flock to the Pacific Ocean during the novel coronavirus pandemic in Huntington Beach, California. PHOTO: AFP

Even so, the pressure from broken economies and citizens frustrated by stay-at-home orders had areas pushing to open up.

German police arrested dozens of protesters in Berlin on Saturday for flouting the coronavirus lockdown measures they were demonstrating against.


The governor of the US state of Georgia rejected warnings from top disease experts and allowed businesses like hair dressers, nail salons and bowling alleys to reopen.

On Saturday many Georgians embraced the return to something resembling normalcy by flocking to the beach.

"It feels great - like it's supposed to feel," mother and housewife Rachel Lilly, 39, told AFP, barely lifting her head from her watermelon-themed towel as she relaxed under a cloudless sky on Tybee Island.

"I'm not concerned" about catching coronavirus, "as long as it's not packed," she said.

"But if everyone does what we're doing, that's a problem."

In southern California thousands flouted policies to stay indoors and headed to beaches amid a heat wave.

On Friday, Belgium's Prime Minister Sophie Wilmes announced a staggered plan for reopening businesses and schools in mid-May and restaurants beginning on June 8.

"The spread of COVID-19 has been slowed down, but the virus has not disappeared," she warned.

Italians are awaiting a decision this weekend about which restrictions will be lifted. They will probably be allowed to leave their homes freely for the first time since March 9 by early May.

Spaniards will be allowed out for exercise and to take walks starting next weekend, Prime Minister Pedro Sanchez announced Saturday.

The government will on Tuesday unveil its broader coronavirus exit plan that will likely be put into action in the second half of May, he said.

"If the pandemic keeps evolving positively as it has been doing until now, from May 2, individual physical activity will be permitted and walks with the people you live with," he said.