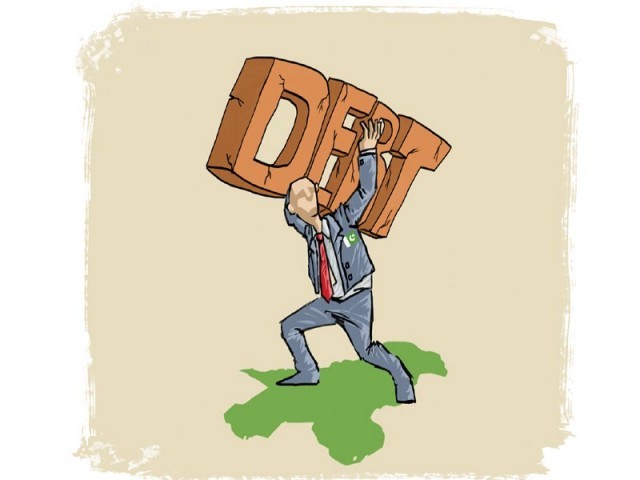 ISLAMABAD: The debt relief potential from the Group of 20 countries for Pakistan is $1.8 billion for one year, Adviser to Prime Minister on Finance Dr Hafeez Shaikh said on Saturday, while chairing the meeting to review various proposals to kick-start the economy amid the ongoing Covid-19 pandemic.

Shaikh spoke on the issue of debt relief from G-20 countries during a meeting of the ‘Thinktank’, which had been set up by the finance ministry on the pattern of the economic advisory committee, following instructions from Prime Minister Imran Khan.

The 2nd meeting of the Thinktank deliberated on the Covid-19-related economic downturn and the mitigation of ensuing risks, said finance ministry handout. Shaikh apprised the newly-constituted forum of developments at G-20 forum regarding debt relief package, it added. “There is a potential for $1.8 billion debt deferment for a year,” the ministry quoted Shaikh as saying.

The G-20 countries had announced a debt deferment plan for poor countries only for May-December 2018 period, which could be extended for another six months to June 2021 in case global economic conditions do not improve.

Speaking in Express News programme, The Review – the primetime economic affairs talk show, Foreign Office spokesperson Ayesha Farooqui said on Friday that Pakistan had not yet formally applied for G-20 debt relief, as the economic affairs and finance ministries were working out the technical details.

Pakistan has recently received $1.4 billion from the IMF as emergency loan to cushion the country’s external reserves and for spending on health sector.

The Thinktank forum is housed in the finance ministry, like the Prime Minister’s Economic Advisory Committee. But Hafeez Shaikh had not called any meeting of the EAC since taking the rein of the ministry in April last year.

The forum has been mandated to provide platform for collective thinking on the emerging situation resulting from the Covid-19-related medical crisis and its spillover effects on the economy. Its other members include Shaukat Tareen, Dr Ishrat Husain, Dr Ijaz Nabi, Sultan Ali Allana, Arif Habib, Dr Waqar Masood, Adviser to prime minister on commerce and the finance secretary.

Shaikh informed the meeting that Prime Minster Imran Khan might participate in the next session to give boost to the work of the Thinktank, which has been constituted to provide intellectual and professional insights to the ministry in designing and implementing incentives for economy in pragmatic fashion.

“Participants highlighted the need for further downward revision in policy rate coupled with passing on the benefits of slashed oil prices in global market to public,” according to the finance ministry press release.

The central bank has cumulatively reduced the key policy rate by 4.25% to 9% in past one month but the markets are still expecting a further cut. There is a call for reducing the interest rates by 2% more to 7%.

The meeting also discussed the need for further liquidity for banks, as a strong and vibrant banking sector was essential to boost economy under such strong recessionary headwinds, the ministry added. Professionals in the group stressed the need for oil price hedging, power sector debt securitisation and creation of fiscal space through rescheduling of foreign and domestic debts, it added.

The need for designing lending programmes for the housing sector also came under consideration including facilitation of the end-users. The massive scope for mortgage-backed financing in Pakistan was also highlighted.

The forum discussed the need and scope for bailout package for large businesses and exporters apart from gauging the viability of reduction of general sales tax on consumer goods, from 17 to 5%, to kick-start consumer spending for next 2 years, said the ministry.

But the finance secretary apprised the participants of the implications of a steep cut of the sales tax rate for the FBR’s revenues. For the next fiscal year, the IMF has projected tax collection target at Rs5.1 trillion – 31% higher than the downward revised Rs3.9 trillion FBR’s target. “Decision in this regard [GST cut] would be made after detailed consultations”, the finance ministry said.

Ways to further encourage remittances, agriculture financing and timely lifting of crops and vegetables from small farmers were analysed. The progress of ongoing cash disbursement under the Ehsas programme was also shared.

The forum emphasised the need for gathering reliable data on recently laid-off works and timely cash transfers to the most vulnerable. Economists in the Thinktank stressed the need for designing PSDP to facilitate labour-intensive projects apart form crafting robust agriculture financing plans.

The adviser to the prime minister took the lead in picking most urgent themes for proper policy deliberations and decisions. He decided that interventions with highest, medium and low impacts would be sorted out and aligned on the basis of short, medium and long term time horizons so that most essential tasks were pushed on priority basis, with proper funding and execution arrangements.

It was also decided that international think-tanks will be engaged for cross-leaning for select policy making players in Pakistan so that robust interventions were designed to bring relief to economy and most-deserving segments of public.