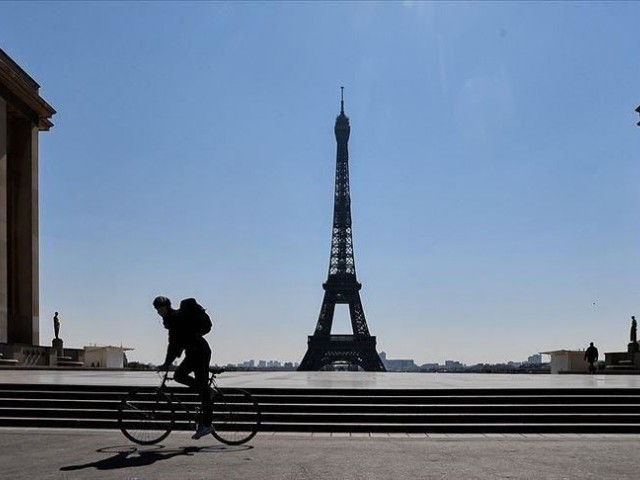 France will remain in lockdown until May 11. PHOTO: AA

WASHINGTON: Senior World Bank officials on Friday warned that developing economies could see a deeper recession than currently expected if consumption and investment do not rebound quickly after the coronavirus pandemic.

In a blog posting on the bank’s website, officials said the preliminary baseline scenario forecast a “grim” 2% drop in economic output in developing countries, the first contraction in these economies since 1960 and a sharp swing from average growth of 4.6% over the last 60 years.

But it said the situation could be “considerably worse” and output in those economies could drop by nearly 3% if just one of the bank’s assumptions failed to materialise, and investment and consumption did not rebound as hoped.

“Even if three months of mitigation measures prove effective in halting the pandemic, investors and households could remain skittish or local or global supply chains may not be restored,” wrote Ceyla Pazarbasioglu, Vice President for Equitable Growth, and Ayhan Kose, Director of the Development Prospects Group.

“Under such a scenario, the hit to global output would be larger – and developing economies would end up experiencing a deeper recession” that could reduce output nearly 3%, they said.

Reported cases of the coronavirus have surpassed 2.7 million globally and 189,970 people have died, according to a Reuters tally as of 0200 GMT on Friday. Efforts to contain the spread of the virus have brought much of the global economy to a standstill.

The World Bank is preparing new detailed forecasts to be released in its Global Economic Prospects report in June.

The authors said rich countries, institutions and the private sector should do more now to help developing countries manage their response to the pandemic, speed up the recovery process and avert a solvency crisis.

Developing countries are likely to be hit hardest since they lack adequate health systems and have higher concentrations of people in extreme poverty, the authors wrote.

The World Bank Group and the International Monetary Fund have already committed to huge outlays to mitigate the crisis. Last week, the Group of 20 major economies agreed to suspend official bilateral debt repayments for the poorest countries.

“If the size of the policy response is not commensurate with the scale of the crisis today, the damage will require a much larger response later,” the authors warned. “We need to close ranks across the world – not just governments and international institutions but also private creditors and businesses.”