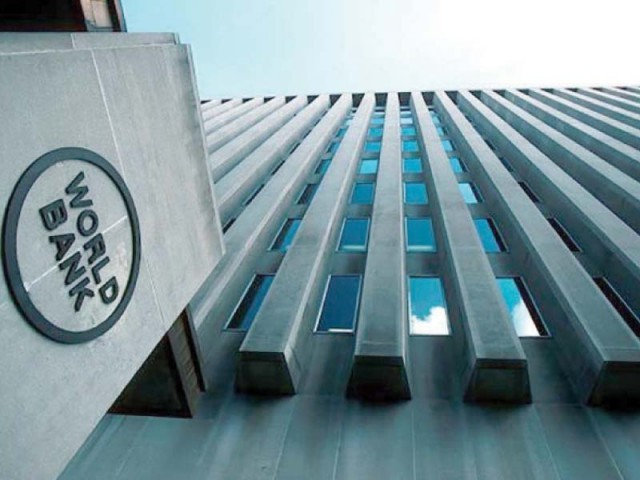 Pakistan is trying to keep its international financing lines open but authorities are falling short of taking required measures to secure all the loans that are in the pipeline. PHOTO: FILE

ISLAMABAD: The World Bank has agreed to double the size of its loan for strengthening social indicators in Pakistan to $500 million to overcome emerging health and economic shocks but another loan of a similar amount may be delayed again due to unfulfilled prior conditions.

The World Bank has decided to increase the size of $250-million Securing Human Investments to Foster Transformation (SHIFT) programme to $500 million, a spokesperson for the World Bank confirmed to The Express Tribune on Wednesday.

World Bank spokesperson Mariam Altaf said the loan programme was tentatively scheduled for World Bank board consideration on May 21. The social-sector loan of $500 million is being obtained for bringing improvement in the quality of civil registration and vital statistics of birth and death certifications, and the ability of the country to better plan for human capital accumulation.

Improved targeting of safety net programmes and expansion of education and nutrition-related cash transfers to help the poor and vulnerable cope with the potential negative impact of the fiscal adjustment and of the Covid-19 pandemic is another key goal of the upcoming loan.

Its other stated goals are implementation of Pakistan’s universal health coverage policy and to improve health outcomes in the medium term, along with increase in sustainability of core sub-systems such as immunisation and improved quality of education. The loan size has been increased to meet Pakistan’s additional financing requirement in the wake of Covid-19 crisis that has created a $2-billion financing gap in the fourth quarter of current fiscal year.

However, the IMF has already approved $1.4 billion in emergency loan, which the central bank received on Wednesday.

In a briefing to analysts, the central bank said on Wednesday that Pakistan’s external financing requirements were fully covered for the current fiscal year, although net reserve buffers again slipped below $7 billion due to withdrawal of $2.7 billion worth of hot foreign money.

Before withdrawal of the hot foreign money, the reserve buffers had jumped over $10 billion – a level that the country last time saw about three years ago. But relying on hot foreign money inflows was a risky strategy that eventually backfired.

Owing to the overall crisis-like situation, Pakistan’s sovereign bonds credit default swap ratio increased by 4% between January 20 and April 14 and was trading around 11%, according to the central bank briefing.

Pakistan is currently trying to keep its international financing lines open but authorities are falling short of taking required measures to secure all the loans that are in the pipeline.

Another policy credit of the World Bank worth $500 million, called the Resilient Institutions for Sustainable Economy (RISE) which was tentatively scheduled for World Bank approval on May 14, has again been delayed, according to sources.

The federal government has not yet fully implemented the conditions that may pave the way for approval of the loan by mid-May. Responding to a question, whether the RISE programme loan could be approved on May 21, Mariam Altaf said, “We continue to make good progress on RISE and it will be considered for approval when the remaining prior actions are completed.”

Pakistan’s public debt-to-GDP ratio, which stood at 85% at the end of last fiscal year, is now projected to deteriorate further to 90% of gross domestic product (GDP) due to poor performance of the Federal Board of Revenue (FBR) and adverse implications of the Covid-19.

The existing Debt Office had been set up under the Fiscal Responsibility and Debt Limitation (FRDL) Act 2005, but its role was largely restricted to coordination and advising the government.

Now, it will be the first drastic change since 2005 in the government’s debt management structure, which is pegged with the World Bank loan of $500 million.

Pakistan receives $1.39b from IMF to cope with coronavirus