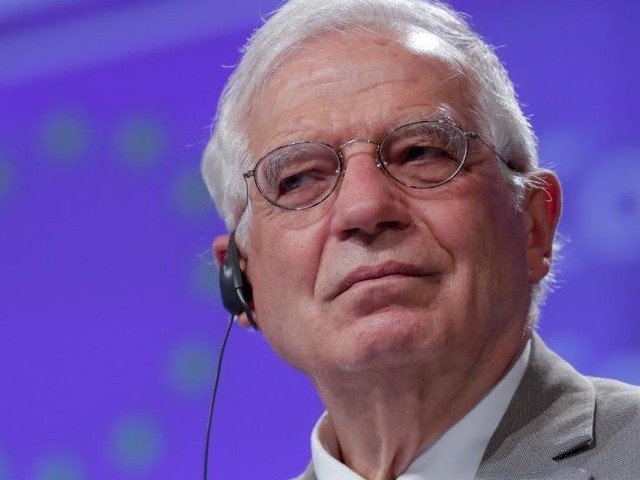 “We supported first to soften the sanctions and second, the request by Iran to the International Monetary Fund for financial help,” Borrell told a virtual news conference after a video conference of EU foreign ministers.

“I regret that the Americans are, at this stage, opposing the International Monetary Fund from taking this decision. From a humanitarian point of view, this request should have been accepted,” he said.

Pakistan in diplomatic push to lift US curbs on Iran

Washington has said it is not letting up on its “maximum pressure” campaign against Iran despite the coronavirus, continuing to use sanctions to try to limit Tehran’s ballistic missile program and influence across the Middle East.

US President Donald Trump reimposed sanctions on Tehran’s petroleum exports in 2018 after withdrawing from the 2015 Iran nuclear deal between Tehran and six world powers. The European Union helped to negotiate the agreement.

Tehran says its nuclear program is for peaceful purposes.

Reuters reported on April 15 that the United States opposed a massive IMF liquidity injection through issuance of new Special Drawing Rights, akin to a central bank making new money, that would have benefited Iran and other countries.

The program could have provided hundreds of billions of dollars in foreign exchange reserves for all of the global lender’s 189 member countries, according to sources familiar with the IMF’s deliberations. The US Treasury declined to comment for the Reuters April 15 report.

Iran has almost 86,000 confirmed cases of Covid 19, the respiratory disease caused by the novel coronavirus, and more than 5,000 deaths, according to a Reuters tally.

The European Union, which has provided some humanitarian aid to Iran despite US sanctions, said on March 23 that it supported Iran’s request for IMF help.