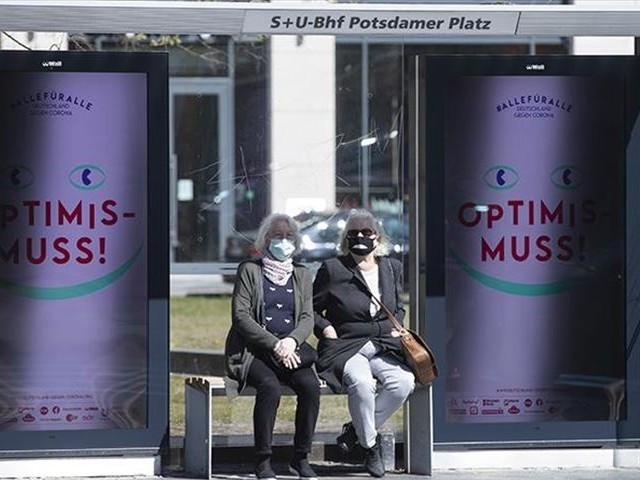 BERLIN: Germany’s federal states on Wednesday announced new measures in the fight against the coronavirus, making it mandatory to wear cloth masks while shopping and in public transport, starting from April 27.

Germany’s most populous state of North Rhine-Westphalia announced that all citizens will be required to cover their nose and mouth with a cloth mask, in shops and public transport.

North Rhine-Westphalia’s premier Armin Laschet told reporters that they have taken the decision together with federal states Rheinland-Palatinate and Saarland, and these states will coordinate the implementation of the new measures.

Germany’s eastern state of Saxony was the first federal state to make wearing masks mandatory, and the regulation which came into effect on Monday, will remain in place until at least on May 3.

Saxony’s Social Affairs Minister Petra Koepping urged citizens to cover their nose and mouth with a scarf, bandana or any other clothing if there’s no other alternative.

Germany starts opening up as coronavirus outbreak ‘under control’

In Germany’s capital Berlin, and other largest cities including Hamburg, Frankfurt and Munich, people will be required to wear cloth masks while shopping and in public transport, beginning from next Monday.

The death toll from coronavirus in Germany reached 5,117 on Wednesday, while the total number of cases neared 149,000, according to data analysis firm Risklayer and the Karlsruhe Institute of Technology.

Germany has the fifth-highest tally of reported Covid-19 infections in the world, ranking behind the US, Spain, Italy, and France. But its death toll remains far lower than other hard-hit countries.

As of Wednesday, hospitals across the country had more than 12,600 free intensive care beds for coronavirus patients.

After being first detected in China late last year, the virus has spread to 185 countries and regions.

It has killed nearly 180,000 people and infected almost 2.6 million, while more than 696,900 have recovered, according to the US-based Johns Hopkins University.