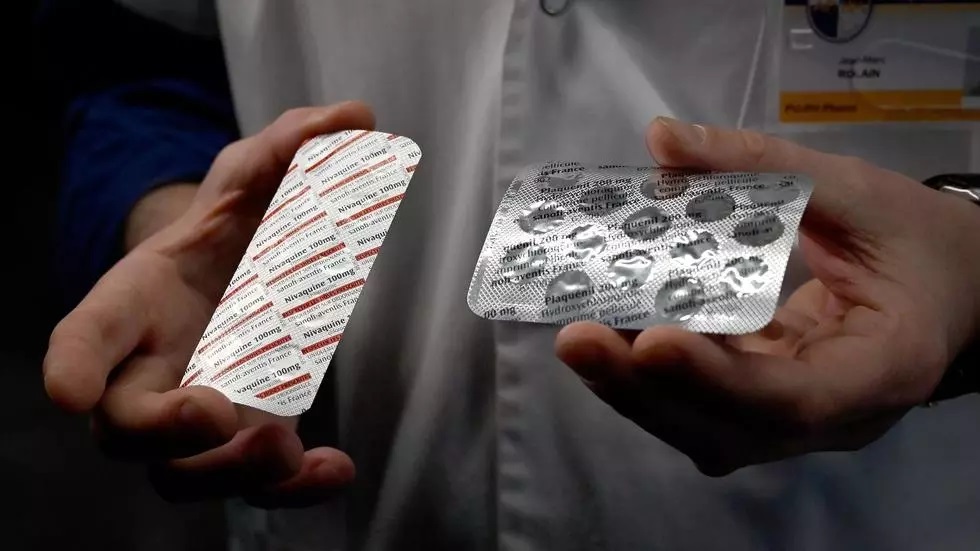 Hydroxychloroquine and a related compound chloroquine have been used for decades to treat malaria, as well as autoimmune disorders lupus and rheumatoid arthritis. PHOTO: AFP

WASHINGTON: A malaria drug widely touted as a potential cure for Covid-19 showed no benefit against the disease over standard care — and was in fact associated with more deaths, the biggest study of its kind showed Tuesday.

The US government-funded analysis of American military veterans’ treatment courses was posted on a medical preprint site and has not yet been peer-reviewed.

The experiment had several important limitations, but adds to a growing body of doubt over the efficacy of the medicine that counts President Donald Trump and right-wing news channel Fox News among its biggest backers.

Trump to suspend all immigration into US over coronavirus

Researchers looked at the medical records of 368 veterans hospitalised nationwide who either died or were discharged by April 11.

Death rates for patients on hydroxychloroquine were 28 per cent, compared to 22 per cent when it was taken with the anti-biotic azithromycin — a combination favoured by French scientist Didier Raoult, whose study on the subject in March triggered a surge of global interest in the drug.

The death rate for those receiving only standard care was 11 per cent.

Hydroxychloroquine, with or without azithromycin, was more likely to be prescribed to patients with more severe illness, but the authors found that increased mortality persisted even after they statistically adjusted for higher rates of use.

Other drawbacks include the fact that the study did not assign people randomly to groups, because it was a retrospective analysis meaning it looked back on what had already happened.

In addition, the results are hard to generalise because the population was highly specific: most of the patients were male, with a median age over 65, and black, a group that is disproportionately affected by underlying illnesses like diabetes and heart disease.

There was no added risk of being on ventilator among the hydroxychloroquine only group, leading the authors to suggest that increased mortality among this group might be attributable to side-effects outside the respiratory system.

Previous research has found that the medicine is risky for patients with certain heart rhythm issues and can cause blackouts, seizures or at times cardiac arrest in this group.

Turkey targets return to normal toward end of May, Erdogan says

Hydroxychloroquine and related compound chloroquine have been used for decades to treat malaria, as well as the autoimmune disorders lupus and rheumatoid arthritis.

They have received significant attention during the novel coronavirus pandemic and have been shown in lab settings to block the virus from entering cells and prevent it replicating — but in the pharmaceutical world, “in vitro” promise often fails to translate into “in vivo” success.

The true answer can only be determined through very large, randomised clinical trials that assign patients to receive either the drug under investigation or a placebo.

Several of these are underway, including notably in Europe, Canada and the United Kingdom.

In role reversal, Egypt sends virus aid to US