Another police officer tests positive for Covid-19 in Punjab

Another police officer tests positive for Covid-19 in Punjab 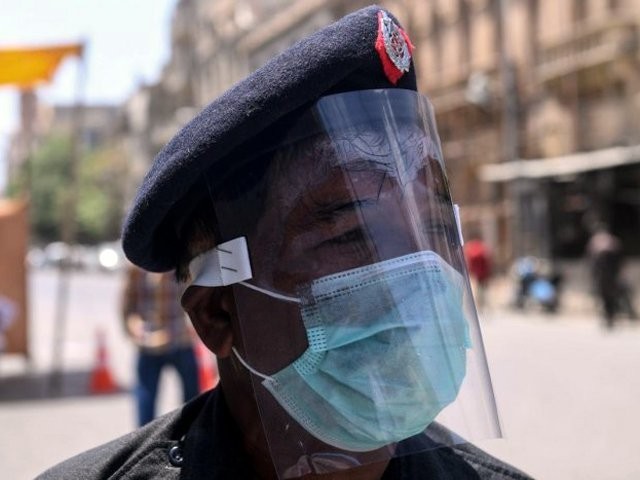 LAHORE: Another official of Lahore police tested positive for the coronavirus disease on Tuesday, increasing the total number of Covid-19 positive cases among the force to nine.

The police, along with the city’s medical community, is busy performing professional duties in close contact with the public, which includes suspected and confirmed patients of the virus. The police force is doing so without Personal Protection Equipment (PPE) kits.

The official who tested positive works at the office of Civil Lines SP Dost Muhammad Khosa. The victim was immediately shifted to a quarantine centre and samples of all police officials he was working with were taken for tests.

Earlier, an official working at the office of Iqbal Town SP was reported to be a coronavirus patient. Two officials working at Naulakha police station (PS) had also tested positive in the past few weeks. An official deputed at a picket in Mughalpura was also reported have tested positive.

Reportedly, the officials of Naulakha PS recovered after being admitted at Lahore’s Mayo Hospital.

The DIG informed the media that Lahore police had distributed more than 4,000 PPE kits, 50,000 safety masks, 72,000 gloves, 12,000 bottles of hand sanitiser, 4,000 rain and safety suits and glasses among its personnel as precautionary measures against the contagion.

He added that the masks and sanitisers were distributed among personnel deployed at pickets, checkpoints and other places in the city. He directed all police officers to strictly follow the SOPs related to precautionary measures regarding the coronavirus threat.