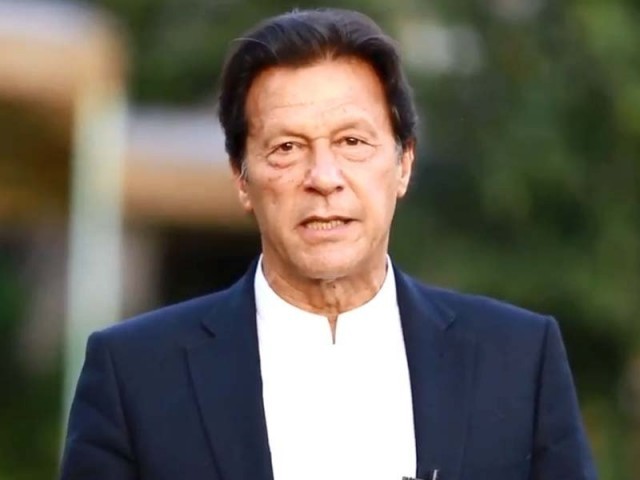 ISLAMABAD: Prime Minister Imran Khan on Tuesday warned of strict action if the standard operating procedures (SOPs) agreed upon between the government and clerics for congregational prayers amid the Covid-19 pandemic were not followed at mosques during Ramazan.

“I urge people to pray at home but if they want to go to mosques, they will have to follow these 20 points [in the government’s agreement with clerics],” the premier said in televised address to the nation accompanied by members of his economic and healthcare teams.

He added that failure to follow the 20 guidelines would compel the government to review its decision to allow congregational prayers at mosques.

“If these points are not followed and there is a viral outbreak at a mosque, we will be left with no other choice but to take action.”

To a query about why the government had decided to allow congregational prayers at mosques amid the viral outbreak whereas other Muslim countries had decided against it, the prime minister responded that Pakistan was an “independent nation” where people used their independent minds to make decisions on national issues.

“I felt really bad when I saw police beating up people [at mosques]. Ramazan is a month of praying fulfilling religious obligations and people want to go to mosques,” he added.

“Should they [worshippers] be put in jail? In an independent society, people are taken on board to make decisions on national issues. People use their independent minds to decide what’s better for the country and what’s not.”

The premier further said unlike rick countries, including the US and European states, which were trying to save their economies from the debilitating effects of the coronavirus pandemic, his government faced a greater challenge of saving the poor population from dying because of hunger.

“Nobody can predict how long the crisis will persist. Different countries were now opting to ease the lockdown,” he noted.

The prime minister said the Ehsaas Rashan Portal, which he launched earlier in the day, would provide relief to deserving people after the collection of their data.

The portal will allow the government to facilitate match-making between donors and beneficiaries (e.g. on a geographical basis) and provide data of eligible beneficiaries to donors.

Many private sector organisations have expressed their willingness to support the needy, complementing the support that the government is providing to them. This portal will enable this generosity to be coordinated across the country.

“The Ehsaas Ration Portal will enable philanthropists, charity organisations and other non-governmental organisations to reach out to deserving families and provide ration to the poor segment of society. The online portal will play a vital role in making the ration distribution system completely transparent,” PM Imran said.

On the opposition’s criticism of the Tiger Force, the premier maintained that its volunteers would not seek any monetary benefits. “The volunteers are out on the streets due to their sheer passion for humanity to collect the relevant data,” he said.

“Even the UK had shored up a volunteer force to face the situation and if need arises in future, the government will also involve all other institutions.”

On the return of expatriates, the prime minister said the provinces feared that it could spread the virus as the healthcare system was grappling with the existing cases.

“It is not possible to shut 220 million people or have all of them tested, but we are learning from global experiences. The isolation of infected people is the key to overcoming the pandemic.”

Speaking on the occasion, Federal Planning and Development Minister Asad Umar rejected the “ridiculous narrative” being propagated by the Indian media that Pakistan was sending coronavirus patients through Azad Kashmir into the neighbouring country.

“First, you blamed Muslims as if they were spreading it [the virus] and now you are blaming Pakistan,” he said addressing Indian Prime Minister Narendra Modi.

He slammed Modi’s lockdown, saying that it had caused thousands to panic and gather at public places. “Stop this and take care of your own citizens. We will worry about our own,” he added.

Industries and Production Minister Hammad Azhar said the government would bring a package before the Economic Coordination Committee (ECC) of the Cabinet for approval aimed at providing relief to people who had been laid off amid the coronavirus outbreak.

He added that the government would introduce two more packages — one for providing relief to small businesses in the payment of electricity bills and the other for those who did not have the collateral to procure loans.