So far nobody else has been infect­ed on the premis­es
By Reuters
Published: April 21, 2020
Tweet Email 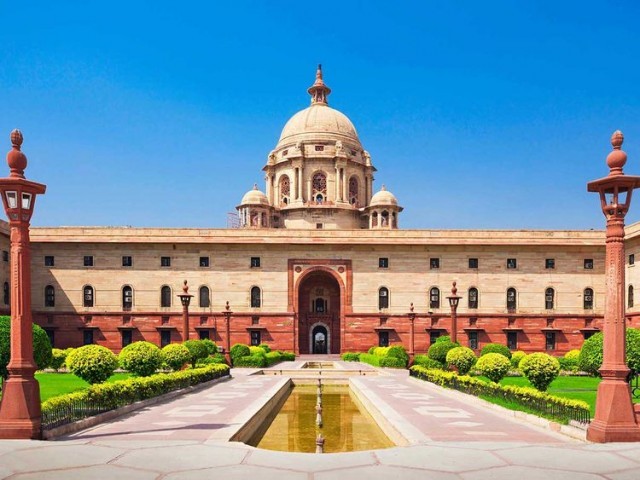 About 500 people entered self-isolation at the Presidential House in the Indian capital on Tuesday after a worker’s relative tested positive for coronavirus, officials said, as the number of cases nationwide neared 18,000 despite a strict lockdown.

India’s 1.3 billion people have been ordered to remain indoors for 40 days to slow the spread of the virus so that the country’s hospitals are not overwhelmed by a flood of infections.

So far, three-quarters of the cases are concentrated in seven of the country’s 28 states and these include the city-state of Delhi, as well as the western state of Maharashtra where the finiancial centre Mumbai is located.

The alarm was raised at President Ram Nath Kovind’s residence in the centre of Delhi after the daughter-in-law of a sanitation worker living in the workers’ quarters tested positive, officials said.

Neither President Kovind, 74, or his aides were required to self-isolate, but palace workers’ families living in 114 apartments on the grounds were ordered to stay inside, while the seven members of the sanitation worker’s family were moved to a quarantine facility.

So far nobody else has been infected on the premises.

“It may be clarified that till date no employee of President’s Secretariat has tested positive for COVID-19 and the Secretariat along with the Local Administration is taking all the preventive measures required under the government guidelines,” the president’s office said in a statement.

Under India’s constitution, the president is a titular head of the republic with executive power vested in the prime minister and his cabinet.

The palace, Rashtrapati Bhavan, was the former residence of the viceroy during British colonial times, and lies at the head of the ceremonial boulevard, Rajpath, at the opposite end from India Gate.

An employee of India’s parliament also tested positive, but had not come to their office, an official said, as the administrative section of the legislature opened on Monday as part of a staggered exit from the lockdown.

While the number of cases of infection are still increasing, Indian health officials said the speed of transmission was slowing thanks to the lockdown, which is due to end on May 3.

The doubling rate or the number of days it takes infections to multiply by two, had increased to 7.5 days, up from 3.4 days before the lockdown, health ministry joint secretary Lav Agarwal said. “This is an extremely positive trend,” he said.

Some states like Kerala, on India’s southwest tip where the infection first emerged, had a far longer doubling rate than the national average, allowing some restrictions to be lifted, officials said.