Songs by Kashmi­r, Bayaan, Ali Sethi and more were availa­ble on the channe­l for moniti­sation­
By Rida Lodhi
Published: April 21, 2020
Tweet Email 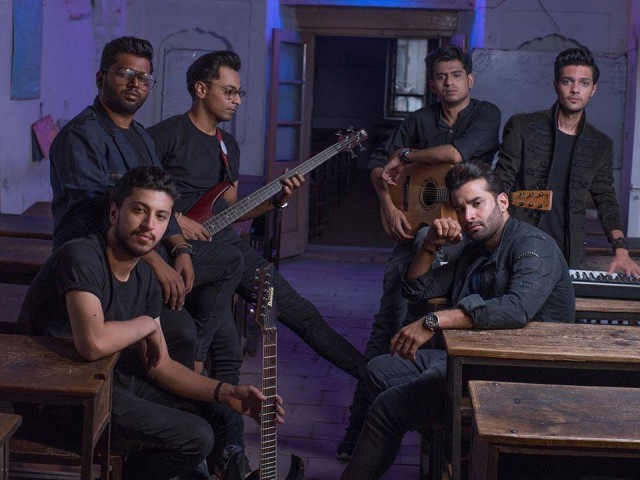 KARACHI  : Over the years, many Indian music composers have taken ‘inspiration’ from famous Pakistani tracks. Songs by the legends such as Nusrat Fateh Ali Khan, Nazia Hassan and many others have made it to Bollywood, both legally and illegally, winning hearts of the audience across the border.

Recently, an Indian YouTube channel had been posting songs by Pakistani artists on his channel without acquiring the rights to do so. Music by artists such as Bayaan, Kashmir – The Band, 21 The Band, Naseer Afridi, Khamaaj alongside Ali Sethi and a few others was featured on the YouTube channels ‘The Last Cigarette’. The channel roughly has 375000 subscribers.

After finding out about the channel, a Pakistani record label Rearts, that represents Bayaan, Kashmir, 21 The Band, Naseer Afridi, and Khamaaj sent out a legal notice, accusing the channel of copyright infringement.

Rearts shared the news on Twitter, explaining the series of events that ensued.

“In the past few days, we were brought to the attention of a youtube channel by the title of  ‘Last Cigarette’. This channel had roughly 375k subscribers with millions of views on nearly all of its posted videos,” the tweet read. “The music on this channel featured the content of five artists from our label which had not been obtained from the artists with prior consent.”

The statement further added that the YouTube channel had also enabled monetisation, which means that a significant amount of revenue had been generated from these videos alongside the fact that the views received were greater than the ones on the original video.

Ahmad Butt, the managing director of the label told The Express Tribune that the process of videos being taken down will be completed soon.

“We came to know about the violation of copyright through an algorithm we use to keep tabs if any of our music is being published illegally,” Butt shared. “We found out that material from five of our artists was being used without permission. The fact that the person would pick all the hard work of our artistes, without giving due credit was unjust. We reached out to him for obtaining the licence, but he wouldn’t agree to it. So we  sent him a copyright strike – but sadly, to no avail.”

“We did so to ensure that we could get in touch with the owner of the channel so we could mediate and figure out due compensation,” Butt further elaborated. “The channel agreed that they had not obtained the content with the permission of the artists or the label and also had monetisation enabled on their account, yet they claimed that they were only doing this to ‘promote art’ and had no ulterior motives whatsoever.”

Butt went on to add that once the label decided to send out a notice, there was a severe backlash. “The Last Cigarette has a very loyal fan following. Once they put up an apology, owning to the violation, the fans started freaking out,” he added. “Fans thought it was the bands who sent a legal notice to the channel so they then started bombarding them with hate.”

Butt further shared that the label reached out to the guy for pursuing the business of music legally and become a collaborator in India.

Rearts has sent the final copyright violation strike recently. If the YouTube channel, within the span of 90 days gathers more illegal content, it will be taken down by YouTube.