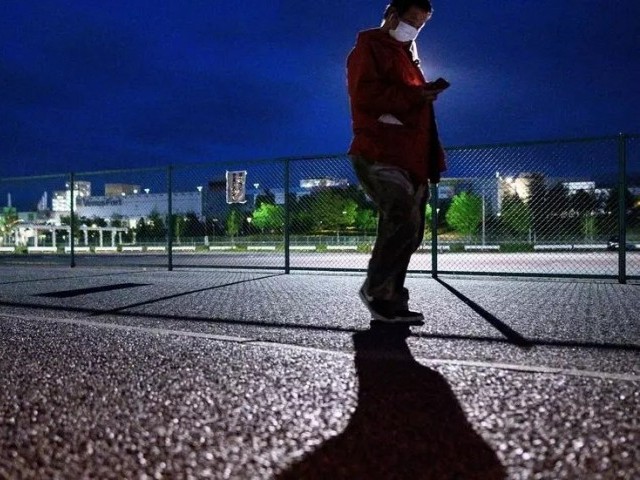 Japan's prime minister has imposed a nationwide state of emergency over the coronavirus, but medical experts warn the country's healthcare system is on the brink. PHOTO: AFP

TOKYO: Japanese medics are warning more must be done to prevent the coronavirus from overwhelming the country’s healthcare system as confirmed cases passed 10,000, despite a nationwide state of emergency.

Experts have been alarmed by a recent spike in COVID-19 infections, with hundreds detected daily.

Japan’s outbreak remains less severe than in hard-hit European countries, but its caseload is one of Asia’s highest after China and India, and is roughly on par with South Korea.

There have been 171 deaths recorded so far in Japan and 10,751 cases, with the country under a month-long state of emergency, initially covering seven regions but now in place nationwide.

Prime Minister Shinzo Abe has urged residents to reduce contact with other people by 70 to 80 per cent, and the number of people on Tokyo’s normally packed transport system has dropped significantly.

But the measures do not prevent people from going out, and many shops and even restaurants remain open, even as medical associations warn the country’s healthcare system is struggling to cope.

“The system is on the verge of collapse in many places in Japan,” said Kentaro Iwata, an infectious diseases specialist from Kobe University who has repeatedly criticised the government’s response to the crisis.

Speaking at a press briefing on Monday, Iwata said Japan’s strategy of limited testing and intensive contact-tracing worked well in the initial phase of the local outbreak, when numbers were small.

But he charged that Japan failed to adapt as the outbreak grew.

“We needed to prepare for once the situation changes, once the cluster-chasing became not effective and we needed to change strategy immediately,” he said.

Not a worst-case scenario

Japan’s government argues it has adjusted its strategy, boosting testing capacity, changing rules that required all positive cases to remain in hospitals where wards quickly became full, and imposing the state of emergency to reduce the spread.

But medical experts have called the measures insufficient.

The association has been increasing beds but with a large number of new cases coming in every day, “beds are being occupied instantly,” he said.

The health minister has acknowledged that hospitals have in some cases turned away suspected coronavirus patients in ambulances.

“Japan hasn’t built a system in which ordinary hospitals can take infectious disease patients in an emergency, when designated hospitals can’t cope,” Ozaki said on Friday.

“We are doing our best… but infections are spreading faster than expected,” he added.

And hospitals are also struggling with equipment shortages, with the mayor of Osaka calling for donations of unused raincoats for health workers currently forced to use garbage bags for protective equipment.

Both Iwata and Ozaki warned that the state of emergency now in place until at least May 6 was not sufficient.

Iwata said he was “half-encouraged and half-discouraged” by the infection numbers in Tokyo, which he called “relatively stable.”

“My biggest fear was the explosion of diagnoses… like in New York City, which didn’t happen,” he said.

“These numbers are much better than the worst-case scenario.”