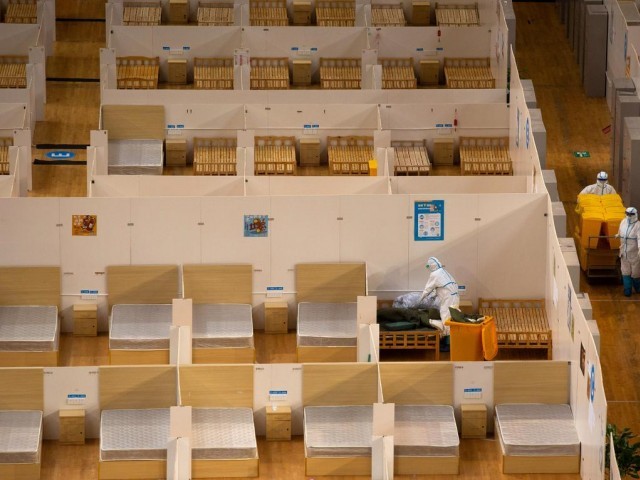 PESHAWAR: With the number of novel coronavirus (Covid-19) cases swelling to over 1,000, the Provincial Disaster Management Authority (PDMA) on Friday released an additional Rs406 million for 18 districts of the province to provide facilities at quarantine centres.

Safety equipment has also been provided to the Peshawar District Administration for use in quarantine centres as the city started receiving passengers from abroad.

The PDMA director-general said that keeping in view the social distance and other precautionary measures, a video conferencing system has been installed for communicating with all districts.

Separately, K-P Health Minister Taimur Saleem Jhagra said that they had increased the capacity for Covid-19 in the province to 600 tests per day, doubling from the capacity last week.

In a Tweet on microblogging site Twitter on Friday, Jhagra said that the laboratory at the Khyber Medical University (KMU) had conducted 426 tests on Thursday while overall 560 tests were conducted in the province, which was more than twice last week’s average of 263 tests.

Jhagra further hinted that the government was looking to boost overall testing capacity in the province through the private sector.

“We are expanding testing in at least eight labs. But we want credible private sector labs to help raise this massively,” the minister said.

“We have launched an RFP to use the private sector at scale (sic),” he said, adding that they were waiting on approval for the National Institute of Health (NIH) to further enhance testing capacity to over 2,000 by early May.

Meanwhile, he said that the provincial government has withdrawn a notification which called for collecting professional tax from government officials, particularly doctors.

The Young Doctors Association of K-P had pointed to a government notification from earlier in the week which sought up to Rs80,000 in professional taxes from specialists practising in Peshawar.

The K-P government on Friday opened up hospitals operating in labour colonies across the province to isolate and treat virus patients.

In a statement on Friday, the Khyber-Pakhtunkhwa (K-P) Labour Department said that all hospitals being run under its social security department have made special arrangements for tackling Covid-19 patients.

In this regard, K-P Minister Labour and Culture Minister Shaukat Yousafzai visited a 25-bed hospital on Kohat Road in Peshawar and reviewed the facilities being provided to patients there.