Thailand currently has more than 2,600 cases of the coronavirus, and the death toll is at 46 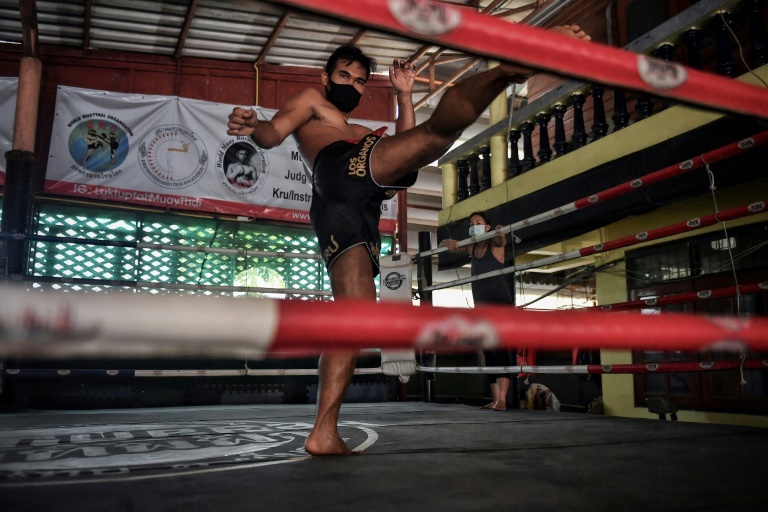 The boxing community must band together to help the most financially vulnerable fighters, says Youssef Boughanem, Muay Thai's world middleweight champion and the owner of a Pattaya-based gym. PHOTO: AFP
KANCHANABURI:

Training in masks, two metres apart, Thailand's professional fighters are battling a new reality -- shuttered gyms and cancelled tournaments after the coronavirus pandemic left them suddenly out of work.


But Thailand's strict social-distancing rules mean former world champion Sarawut Prohmsut can only mime arm-blocks to a sparring partner jabbing at him from distance as they train in Bangkok. 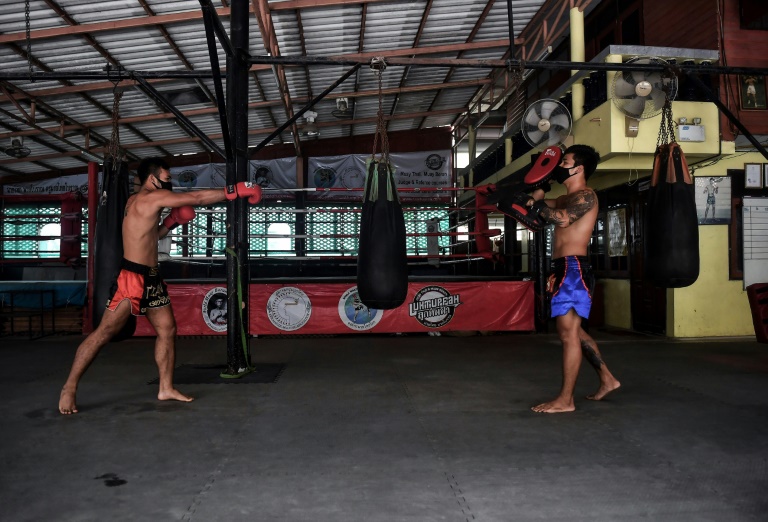 "How can you box in these conditions? We no longer have any strong sensations, no adrenaline," the 23-year-old Sarawut tells AFP at the Luktupfah Muay Thai gym in the nation's capital.

But the pandemic has hit Muay Thai hard, with tournaments and stadiums the first to close due to a cluster of infections discovered at one large-scale event in early March.

Without any income, many fighters have returned to their home provinces where training has stalled.


"Overnight, everything stopped," says Somiong, a 24-year-old ethnic Karen boxer who returned to Kanchanaburi province after the stadium ban.

He and Sarawut have joined millions who are out of work because of the virus, which has ravaged Thailand's tourism, entertainment and restaurant industries.


The government promised a monthly cash handout of 5,000 baht (US$150) to affected workers.

But boxers without a specific licence are not eligible for the aid, says Jade Sisisompan of the World Muay Thai Organization, who is also the co-owner of Luktupfah gym.

"It can quickly become catastrophic," she says. "Most have been fighting since they were children and can do nothing else." 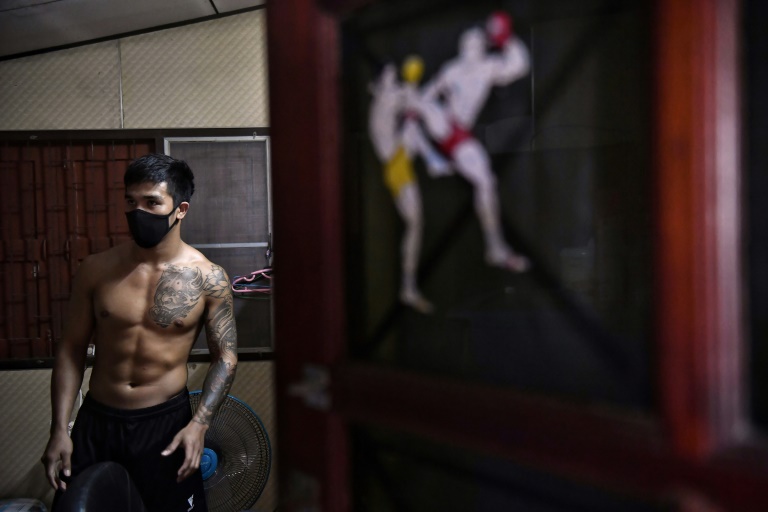 A bout in early March at Bangkok's military-owned Lumpinee stadium was no different.

But the packed-out arena led to hundreds of infections, including a celebrity host, stadium staff, politicians and army officials.


The impact of the shutdown was immediate for Somiong, who was used to training seven hours a day and earning up to $600 a month.

Like most pro fighters in Thailand, the ring served as a way out of poverty for him and his family since he started training at 11.

But Somiong has no valid Thai ID and will not qualify for government assistance. 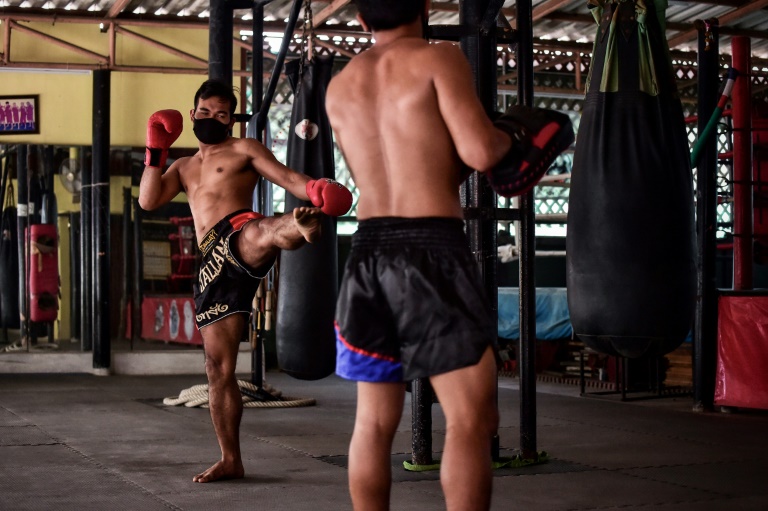 "Now I can't help my parents with money," he tells AFP as he helps his mother harvest coriander in Kanchanaburi. "It plays a lot on my mind."

The boxing community must band together to help the most financially vulnerable fighters, says Youssef Boughanem, Muay Thai's world middleweight champion and the owner of a Pattaya-based gym.


"Boxers strive for excellence every day -- not having a goal may lead to deep depressions," says the Belgo-Moroccan fighter, nicknamed the "Terminator" for his more than 120 wins by knockout.

They could also regress in their training, says former champion Samart Payakaroon, who has been offering free online lessons for the past two weeks to fill the void.


Thailand currently has more than 2,600 cases of the coronavirus, and the death toll is at 46 -- considered low in relation to neighbours such as Malaysia and Indonesia.

But even as the health situation improves, "it will take time before Thais return to the stadium", says Samart.