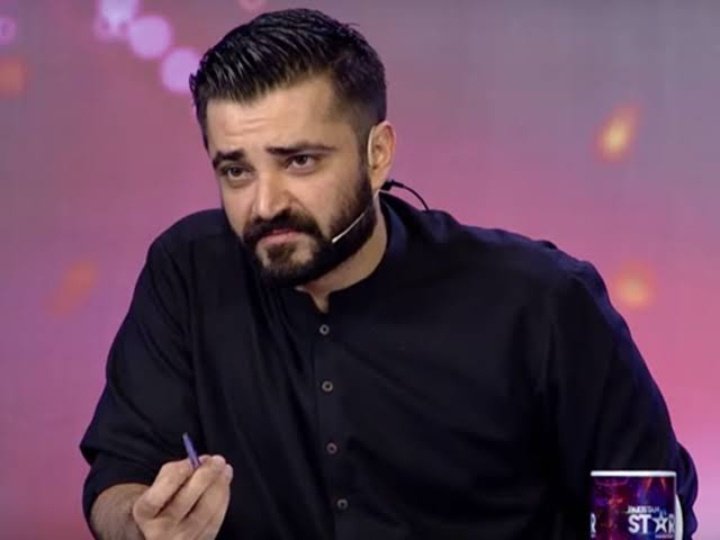 Popular actor Hamza Ali Abbasi tweeted at the dawn of this Friday to give a message to the people arguing about going to the mosques to attend their Friday prayers.

Abbasi started off by reiterating the leverage provided by the religion in case of certain circumstances where praying in mosques may be exempted. He said, "Allah has given ease in his prayer from Tayyamum/Qasr/praying at home in case of bad weather, let alone a deadly virus."

He then went on to blatantly make certain comparisons, "but it feels like the Clergy in my country is becoming like the Pharisees of Bani Isarel who want God to do what they say rather than surrender to what God says."

Allah has given ease in his prayer from Tayyamum/Qasr/praying at home incase of bad weather let alone a deadly virus but it feels like the Clergy in my country is becoming like the Pharisees of Bani Isarel who want God to do wht they say rather than surrender to what God says.

The personality then received several responses, both positive and negative as the debate surrounding the issue sparked on his thread once again.

Some lauded him for his approach

Totally agree with you ...rather making peope to stay at home they are making sure people comr out and make difficult for the government.

Religion aint difficult, people make it look like that. It’s just love and obedience to Allah and His Prophets & chosen ones.

Islam is an easy way of life.. may Allah guide us in helping each other follow it instead of deterring one another from it, ameen

It's like people always want to do things oppositely and make it burden upon themselves.

True, when religion is hostage to personalities but not to practise, and above all a society run by hypocrites, for hypocrites will do anything to use religion for personal gains, not to any collective benefit. May ALLAH keep this country a divine secret and keep it safe Ameen

Others, continued to relay the same old questions

Sir but in all the "sabzi Mandis" & other markets that get open HV more crowd then Mosques condemn that as well!!!!!

Other sectors are open while Mosque not. don't know why doing thi

When Media houses are opens, now in KP & Punjab various shops etc and Barbers are opened, so why wouldn't be a religious place for public? Is barber trimmed our hairs by some A.I ?

If therevis a full lockdown then mosques are closed. But if there is ease in lockdown, ppl going for shopping, CM with tens of ppl visiting place, then Mosque must be open for Farz salah. When you giving this big rigious lecture you must know namaz is farz.