Pakist­an also expect­s to get $1.5b relief in shape of delay in repaym­ent of loans to bilate­ral credit­ors
By Shahbaz Rana
Published: April 17, 2020
Tweet Email 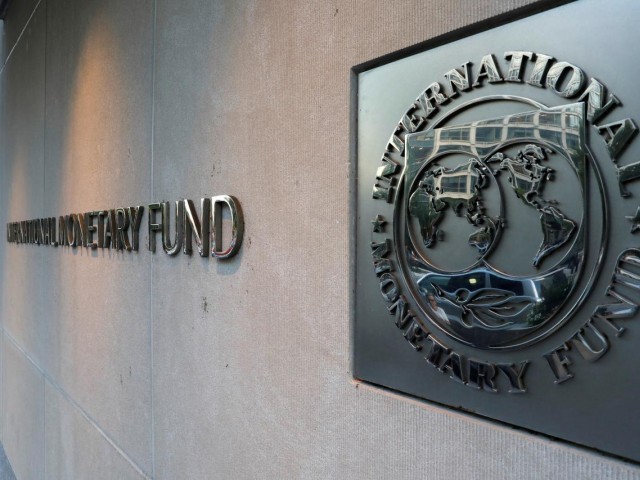 A Reuters file photo of the IMF logo.

ISLAMABAD: The International Monetary Fund (IMF) on Thursday approved an emergency loan of $1.4 billion for Pakistan, as Islamabad is also expected to get around $1.5 billion relief in the shape of delay in repayment of loans to bilateral creditors.

“The IMF Executive Board approved a purchase of Pakistan under the Rapid Financing Instrument (RFI) equivalent to $1.386 billion (50 per cent of quota) to meet the urgent balance of payment needs stemming from the outbreak of the Covid-19 pandemic,” says a statement issued by the global lender in the wee hours of Friday.

“While uncertainty remains high, the near-term economic impact of Covid-19 is expected to be significant, giving rise to large fiscal and external financing needs,” the statement said, adding that the IMF support would help provide a backstop against the decline in international reserves and provide financing to the budget for targeted and temporary spending increases aimed at containing the pandemic and mitigating its economic impact.

It said the IMF remained closely engaged with the Pakistani authorities and as the impact of the Covid-19 shock subsides, it would resume discussions as part of the current Extended Fund Facility Programme.

Dr Reza Baqir, the governor of the State Bank of Pakistan, said, “Pakistan will receive a significant boost to its foreign exchange reserves and fiscal space to combat Covid-19 through $1.4 billion RFI [Rapid Financing Instrument] approval by the IMF as well as the debt relief from official creditors approved by G-20.”

The $1.4 billion RFI is not part of the ongoing IMF programme. The IMF has already cancelled the approval of second review of the programme that had been scheduled for April 10.

The IMF has approved the loan as a low-cost, fast-disbursing loan under the fund’s Rapid Financing Instrument (RFI) to deal with the adverse economic impact of Covid-19.

The G-20 states’ decision to freeze payments of developing countries will also provide temporary relief of $1.5 billion, according to the Ministry of Finance officials. The $1.5 billion figure is preliminary and it may change, subject to further clarity on the issue by the lenders.

The G-20 states – the group of 20 rich economies of the world – has agreed to freeze bilateral government loan repayments for 76 low-income countries until the end of the year.

According to preliminary estimates of the Ministry of Finance, Pakistan may get a relief on payments of around $1.5 billion official credit extended by 12 members of the group.

Pakistan does not have financial relations with eight other member countries like Argentina, Brazil, Indonesia, India, Mexico, Turkey and South Africa.

The G-20 states have approved to defer repayment of principal and interest on loans for eight months period (May-December) 2020. More than half of the relief will come from China on the guaranteed loans.

The $1.5 billion is exclusive of Chinese commercial loans, safe deposits by China and balance of payment support that China and Saudi Arabia – another G-20 member – have extended to Pakistan.

The balance of payments support loans and Chinese safe deposits cannot be repaid during the tenure of the ongoing 39-month IMF programme, according to Pakistan-IMF July 2019 agreement.

The group of developed and developing nations also called on private creditors “to participate in the initiative on comparable terms” and asked multilateral development banks, such as the IMF and World Bank, “to further explore the options for the suspension of debt service payments over the suspension period”.

Mohammed al-Jadaan, the finance minister of Saudi Arabia who is currently chairing the G-20, said the debt assistance to 76 countries involved could be worth “north of $20 billion”.

The G-20 also showed resolve to extend the relief period till June next year, if economic conditions keep deteriorating due to Covid-19 spread.

For the next fiscal year 2020-21, starting from July, Pakistan is scheduled to make $2.2 billion to 12 G-20 bilateral creditors. These are exclusive of commercial and balance of payments support.

“While the global outlook is subject to exceptionally high uncertainty, we expect a recovery next year as we continue to employ all available policy tools to defeat the pandemic, protect jobs, and restore growth,” according to a communique of the International Monetary and Financial Committee (IMFC) meeting.

“For emerging markets, easy to access instruments are offered to countries with strong policies,” said the IMF Managing Director, Kristalina Georgieva. “We have strong financial capacity to act now.”

“The news about some potential debt relief by the IMF is quite positive and there is a general recognition that the global sovereign debt will reach unsustainable levels after the crisis and some kind of restructuring is imminent,” according to the KASB Securities.

The State Bank’s downgrade of economic growth to negative 1.5% means that they expect the economy to decline by almost 15% in April and May, according to the KASB Securities. “This is very scary and must be the reason behind the 2% rate cut,” it added.

This will invariably put pressure on the rupee and we expect the dollar to reach Rs175 by June and cross Rs180 by December. The research firm stated that the fiscal deficit is also likely to exceed the target of 7.5% of the GDP – “we expect 13% of the GDP”. This is far higher than the IMF’s estimates of 9.2% of the GDP.