Explainer: Why are some South Koreans who recovered from coronavirus testing positive again?

Explainer: Why are some South Koreans who recovered from coronavirus testing positive again? 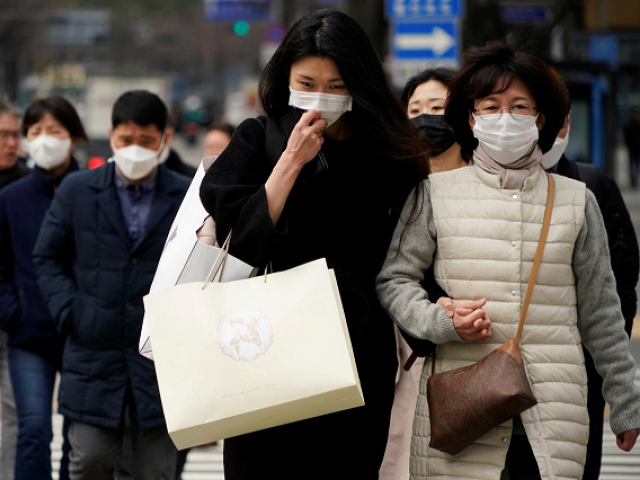 A total of 141 cases recovered from the virus in South Korea earlier have been tested positive for Covid-19 again. PHOTO: Reuters

Among the main possibilities are re-infection, a relapse, or inconsistent tests, experts say.

South Korea had reported 141 such cases as of Thursday, according to the Korea Centers for Disease Control and Prevention (KCDC).

Although re-infection would be the most concerning scenario because of its implications for developing immunity in a population, both the KCDC and many experts say this is unlikely.

Instead, the KCDC says it is leaning toward some kind of relapse or “re-activation” in the virus.

A relapse could mean that parts of the virus go into some kind of dormant state for a time, or that some patients may have certain conditions or weak immunity that makes them susceptible to the virus reviving in their system, experts said.

A recent study by doctors in China and the United States suggested the new coronavirus can damage T lymphocytes, also known as T cells, which play a central role in the body’s immune system and ability to battle infections.

Kim Jeong-ki, a virologist at the Korea University College of Pharmacy, compared a relapse after treatment to a spring that snaps back after being pressed down.

“When you press down a spring it becomes smaller, then when you take your hands off, the spring pops up,” he said.

Even if the patients are found to have relapsed rather than to have been re-infected, it could signal new challenges for containing the spread of the virus.

“South Korean health authorities still haven’t found cases where the ‘reactivated’ patients spread the virus to third parties, but if such infectiousness is proven, that would be a huge problem,” said Seol Dai-wu, an expert in vaccine development and a professor at Chung-Ang University.

Patients in South Korea are considered clear of the virus when they have tested negative twice in a 48-hour period.

While the RT-PCR tests used in South Korea are considered generally accurate, experts said that there are ways they could return false or inconsistent results for a small number of cases.

“RT-PCR tests boast an accuracy of 95%. This means that there still can be 2-5% of those cases that are detected false negative or false positive cases,” Kim said.

Remnants of the virus could remain at levels too low to be detected by a given test, Seol said.

On the other hand, the tests may also be so sensitive that they are picking up small, potentially harmless levels of the virus, leading to new positive results even though the person has recovered, Kwon Jun-wook, deputy director of KCDC said at a briefing on Tuesday.

The tests could also be compromised if the necessary samples are not collected properly, said Eom Joong-sik, professor of infectious diseases at Gachon University Gil Medical Centre.