Offici­als tell court machin­es purcha­sed but not in use for lack of suitab­le kits
By Mohammad Zafar
Published: April 16, 2020
Tweet Email 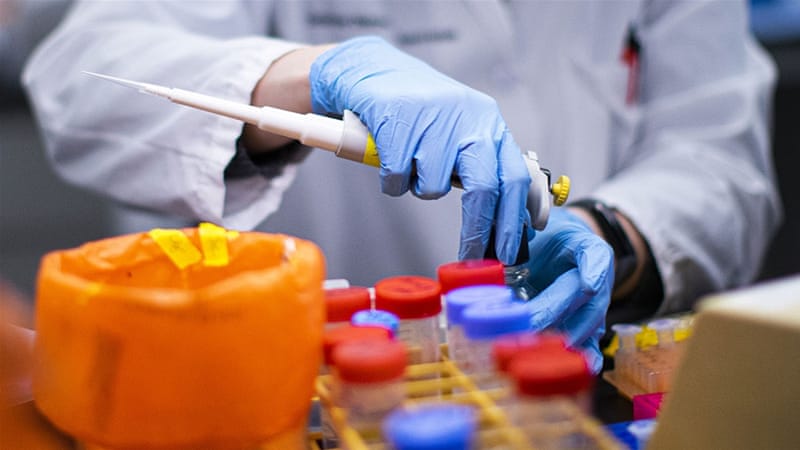 QUETTA: The Balochistan High Court on Tuesday expressed displeasure over the ineffective testing mechanism for the prevention of coronavirus outbreak and directed the health department to acquire best possible machinery for the purpose.

During the hearing, the chief justice expressed anger over the shortage of test kits in Balochistan and said that money is being spent but no progress is visible.

“Spokesperson of government comes on media and says no case emerged in Balochistan. How can a case be reported if no one is being tested?,” he said.

The health officials informed the court that four machines were purchased for testing but they are not in use due to lack of suitable kits. In response, Justice Mandokhel insisted, “why tests are not being conducted if the machines have been purchased. Who bought the machines?”.

The court was told that the machinery was purchased by former DG Health Dr Fahim. In return, the Chief Justice ordered the former DG Health to be present in the court and remarked that matters will not be settled till a couple of people go to jail. After the former DG Health Dr Fahim appeared, the court questioned, “why the machinery was purchased from a non-reputed company?” To this Dr Fahim said, “no company was ready to provide the machinery at this time. These machines have been tested and function perfectly. Due to unavailability of suitable kits, tests are not being conducted. Even VTM was imported from Spain in the province.”

The top provincial judge also directed the health secretary to immediately appoint MS at BMC Hospital. “If better machinery is available, it must be acquired,” he said, directing the authority to contact the NDMA and ask for laboratory requirements.

The court also remarked that all the concerned departments lack coordination. On this occasion, former DG Health Dr Fahim took the stand and said he was under the impression that he was removed from his post as he was not honest which is quite disturbing. To which the Chief Justice remarked that they did not treat him as dishonest. “We asked the government to appoint a permanent DG Health instead of an ‘acting’ DG Health.  The case was adjourned till Thursday.