Pakistan's budget deficit may hit record high due to coronavirus

Pakistan's budget deficit may hit record high due to coronavirus 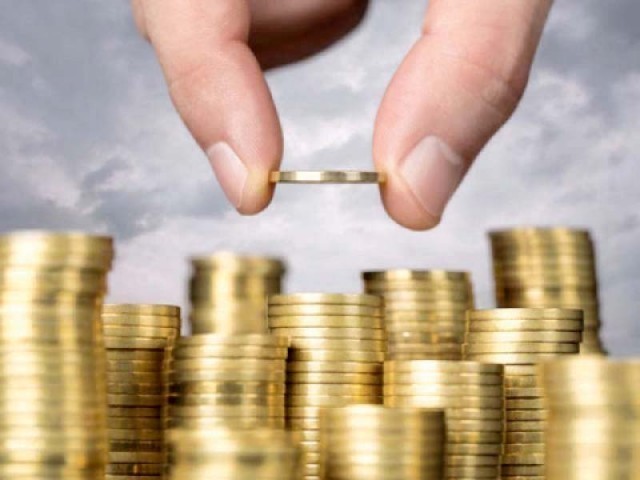 The deficit is expected to rise because of revenue shocks as the government has not yet announced any major increase in budgetary expenditure. PHOTO: FILE

ISLAMABAD: Pakistan’s budget deficit is expected to rise to the highest level in history to 9.2% of the size of national economy or Rs4 trillion in current fiscal year due to the impact of deadly contagion on revenues and expenses, says a new report of the International Monetary Fund (IMF).

In the Middle East and Central Asia Regional Economic Outlook (REO) Update released on Wednesday, the global lender also urged Pakistani authorities to ramp up spending on the health sector that remained the lowest in the region. Fiscal expansion is expected in all countries as the fight against the virus and its economic effects is scaled up, stated the report.

Pakistan’s budget deficit that in pre-Covid-19 situation had been projected at 7.3% of gross domestic product (GDP), may increase to 9.2%, according to the report. In absolute terms, the deficit will be equal to Rs4 trillion, higher by Rs800 billion than previous estimates.

Inflation is projected to remain at 11.1% this year and 8% next year.

The deficit is expected to rise because of revenue shocks as the government has not yet announced any major increase in budgetary expenditure, according to finance ministry sources.

The budget deficit is expected to be the highest in Pakistan’s history after the Pakistan Tehreek-e-Insaf (PTI) government booked the highest deficit in 28 years in its first year in power.

The IMF has already said that Pakistan’s economy will fall into recession in this fiscal year and growth is expected to contract by 1.5% before it recovers to 2% in the next fiscal year. The IMF said temporary economic slowdown as part of stabilisation policies adopted by Pakistan under the $6-billion loan programme also contributed to the post-Covid-19 economic situation.

The IMF said oil importers in the Middle East, North Africa and Pakistan region were expected to see an increase, on average, to 8.5% of GDP because of the impact of lower growth on tax revenues in most countries and scaled-up spending.

It said it would not be compensated by savings in subsidy accruing from lower international commodity prices and an increase in tax revenue in some countries including in Pakistan.

The challenges posed by the coronavirus would be particularly daunting for countries with weaker health care infrastructure like Afghanistan, Mauritania, Pakistan and Sudan, said the IMF.

Health expenditures in Pakistan are the lowest in the Middle East and Central Asia region, standing at round 2.2% of GDP. These also include private expenditures.

The IMF said many countries including Pakistan had increased transfers and subsidies for targeted households while using existing social protection programmes and are giving cash to unemployed and self-employed workers.

Assistance to affected firms in the tourism or exporting sectors and to small- and medium-sized enterprises has been granted through guaranteed and subsidised lending, and through tax exemptions.

But “given weak health care capabilities in some countries (Afghanistan, Mauritania, Pakistan, Sudan) and reliance on private expenditure on health care in some others, scaling up health expenditure (including for migrants and refugees) is needed urgently”, said the IMF.

As the coronavirus pandemic sweeps across the world, growth in the Middle East and Central Asia region is projected to fall from 1.2% in 2019 to negative 2.8% in 2020 – lower than the growth rates during the 2008 global financial crisis, according to the report.

Pakistan has already witnessed $2.5-billion outflow of hot foreign money out of investment of $3.4 billion in government securities by foreign investors.

In order to offset the impact of low inflows, the IMF said it was providing financial support to Jordan, the Kyrgyz Republic, Pakistan and Tunisia. The IMF board is expected to approve $1.4 billion in emergency relief for Pakistan on Thursday.

The IMF is also providing debt relief from international creditors to Somalia and 24 other nations. Pakistan is not among these countries.