Post-pandemic woes: Next fiscal year to be even more painful for Pakistan

Post-pandemic woes: Next fiscal year to be even more painful for Pakistan

Pakist­an will have to pay $19b worth of debt, face big drop in remitt­ances
By ​ Our Correspondent
Published: April 16, 2020
Tweet Email 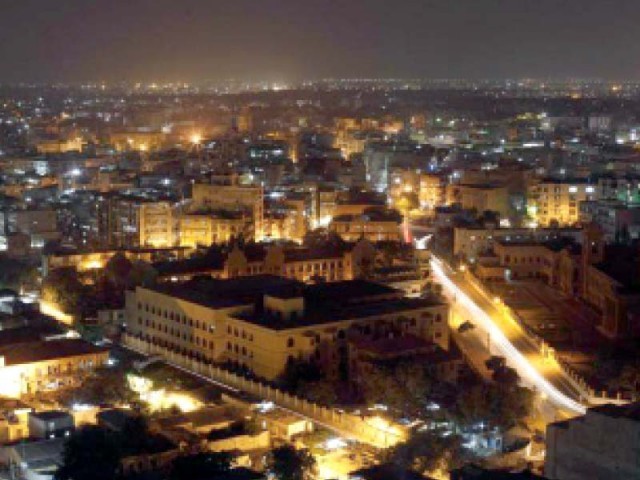 The major reason behind the adverse impact on economy is a drastic fall in domestic demand for energy and goods as consumption has dropped sharply. PHOTO: FILE

ISLAMABAD: The coronavirus pandemic has hit Pakistan’s economy hard like the rest of the world but the post-crisis period during next fiscal year will be even more painful as the country will face $19 billion of debt payment, a big drop in remittances and exports, and up to 5 million job losses in a worst-case scenario, claimed an economic expert.

Planning Commission Macroeconomics Section Chief Zafarul Hassan Almas, while speaking at a webinar titled “Economic impact of Covid-19 on Pakistan” organised by the Institute of Policy Studies, highlighted the economic challenges faced by the country due to the pandemic and suggested solutions to cope with them.

The economist stated that during the post-coronavirus period countries would launch policies to protect their interests that would adversely affect global trade and employment opportunities.

“There will be problems regarding liquidity of banks, fiscal space constraints and resetting of International Monetary Fund (IMF) programme targets,” he added.

Almas said the biggest problem for Pakistan was a lack of fiscal space. “Next year, the country has to pay $19 billion on account of principal and interest on debt to international creditors.

“Pakistan will have to arrange the amount from the international market in the form of new loans. However, the tightening of financial conditions will complicate the refinancing of external debt.”

Furthermore, exports and remittances have a greater impact on the economy than imports. The economist pointed out that the government expected exports worth $24 billion and the same amount of remittances this year.

He predicted that there would be a sharp downtrend in remittances in the last quarter of current fiscal year as overseas Pakistanis would continue to lose jobs, which would drive down remittances by around $2 billion.

According to a report issued by the government, 30,000 Pakistanis have lost jobs in the UAE and other Gulf countries and the number is going to increase further.

“The employment market will not get a boost even in the post-crisis period and it will be a huge challenge to accommodate the returning expats,” he added.

“Pakistan has a labour force of 63 million, out of which 46 million are employed in the informal sector and are most vulnerable to layoffs. Even the most cautious estimates put job losses at around 3 million.” Almas projected that the major loss would be witnessed in exports and imports with the country taking a hit of $1-1.5 billion in exports. Imports were expected to contract by $3-5 billion.

He highlighted that the major reason behind the adverse impact on the economy was a drastic fall in domestic demand for energy and goods as consumption had dropped sharply. “Closure of industries is also resulting in postponement of investment decisions.”

Moreover, as per estimates made by the government, if only food, pharma and retail sectors are allowed to operate during the lockdown, the GDP can fall by up to 2%.

The economist mentioned that before the crisis the government was targeting to restrict the deficit to 7.4-7.5%. However, it is now expected to be around 9% due to increasing expenditure demand and fall in tax and non-tax revenues.

At the same time, Almas voiced hope, saying “every crisis also brings some opportunities. Such prospects can appear in the IT sector as video conferencing and other initiatives will drive demand for new software”.

In the services sector, the trend of digitalisation and online delivery in both private and public sectors is quite popular. Secondly, Pakistan has started producing face masks and is also going for innovation in the production of ventilators.

The economist stated that the next budget would focus on restoring the economy as there would be a plethora of challenges regarding growth, fiscal deficit, expenditures and revenue losses.