Pakistan is no stranger to mega-crises but this is different

Pakistan is no stranger to mega-crises but this is different 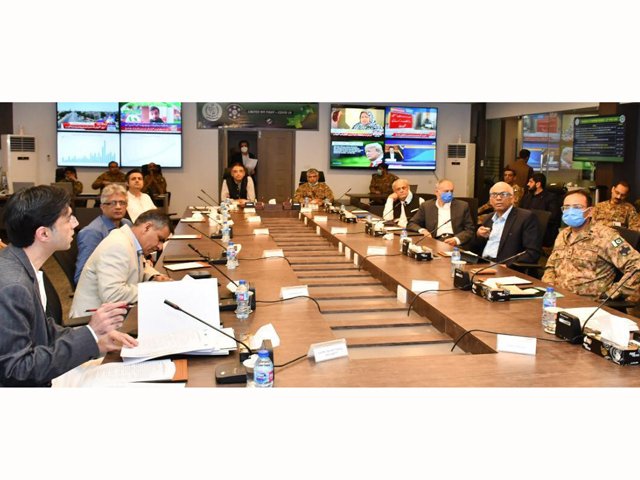 What gives one a ray of hope in these difficult times is that Pakistan, ever since its inception, has faced multiple crises of stupendous proportions and has always successfully overcome them. Of course, it does get bruised in the process and takes time to recover, but there are examples when it has emerged even stronger.

And this observation is not meant merely as a morale raiser but an honest appraisal of what I witnessed over the years of Pakistan’s ability to overcome these national upheavals that would have shaken to the core more established and prosperous nations. But it is premature and overly optimistic if we were to rest on our past laurels and adopt a nonchalant attitude. For the nature and magnitude of the threat from coronavirus is completely different from anything that humanity has ever faced and demands different national attributes and human responses to overcome its spread and ultimate defeat.

There have been major global pandemics that have taken the lives of millions, like the Plague of Athens in 430 BC, or the relatively recent Spanish Flu of 1918 that took over 50 million lives. But these were of another nature and demanded different responses.

Pakistan has a long history of crises. At its very birth Pakistan faced the most tumultuous conditions to which still many amongst us like me are personally witness. The massive influx of millions of Muslim refugees, when it had not even gelled as a nation was a huge burden economically and politically. Pakistani’s bore the brunt of massive brutalities committed by revenge hungry hordes during the communal riots. The Indian leadership was predicting that it was only a matter of time that Pakistan would disintegrate and rejoin India. Despite the early demise of Quaid-i-Azam Mohammad Ali Jinnah and prime minister Liaqat Ali Khan and serious limitations in terms of weak institutions, political dissonance, and limited economic resources, Pakistan struggled through the worst and not only survived but stabilised itself laying the foundation of a nascent state. True, the struggle of balancing the power between West and East Pakistan and issues of constitution bedeviled the nation throwing it at times in near anarchic conditions. The civil-military power disequilibrium was another major factor dragging the state down but somehow, we managed in keeping Pakistan afloat. This was not the contribution of any leader, but it was the people and even today it is they who are the mainstay.

The 1965 and 1971 wars tore the economy apart and isolated Pakistan as the United States and the West imposed strangulating sanctions. But it bore the brunt and struggled through.

Lesser, but no less demanding were times when India threw the challenge by testing its nuclear capability threatening and provoking Pakistan to respond. Despite the looming threat of debilitating economic and political sanctions by the Western countries Pakistan demonstrated its nuclear capability thereby thwarting Indian designs of being the hegemon. It went through a serious economic squeeze, foreign exchange accounts of private depositors were seized but a combination of resolve and good luck came to our rescue. The US and the Western world needed Pakistan’s full support to wage a covert war against the erstwhile Soviet Union for its brutal occupation of Afghanistan and installing a puppet regime. Pakistan paid a price for its involvement but bounced back.

Later, Pakistan’s involvement in the Afghan conflict and a porous western border led to it becoming a target of international and regional terrorism. Even the capital Islamabad was not safe. Fear and unpredictability had gripped the nation. No one knew when he or she would fall victim to a bomb blast or a planted mine. The military and people made enormous sacrifices in life and limbs but eventually fought back and cleared Pakistan of these terrorists and militant groups. It was no ordinary achievement.

There is a long list but the point to be driven home is that once again Pakistan faces a mega challenge of horrendous proportions. Furthermore, it is not sure how long the coronavirus will last, how many lives it will take, and what will be its economic and political fallout and psychological impact on the masses before it fades out. But one thing we know is that we have to succeed and make every effort to minimise the loss of life.

In this environment, when major powers are focused inwards, it is not surprising that the Indian military has brazenly stepped up the firing on the Line of Control murdering infants, elders, young men and women indiscriminately. These tactics are meant also to divert attention from the atrocities that are being committed against the Muslims in Kashmir and the rest of India.

The nature of the coronavirus threat, however, demands of people qualities of utmost discipline, restraint and grasping the essence of isolation. Qualities unfortunately that are rare. A lax culture coupled with ignorance can accelerate the spread of the virus.

Perhaps the most difficult challenge for the provincial governments would be to prevent an outbreak among the low income and slum dwellers that live in cramped localities.

The federal government visibly vacillating between giving priority to lockdown and economic growth, or finding a balance, has further confused the public and brought into play vested interests undermining the desired goals.

In these challenging times, petty squabbles and name calling of opponents by politicians is abominable. Nothing is more distracting and distasteful for well-wishing Pakistanis than these spiteful exchanges on the media. Petty insinuations can be postponed for better times. It also gives an impression that these rude utterances have the blessing and encouragement of the top political leadership and are considered as the current yardstick of their perceived loyalty to the party.

Unfortunately, what we are seeing is that discord and blame game between institutions has also become a norm that has far-reaching consequences. What hope is there when every leader and every institution consider they have the monopoly of patriotism and wisdom to lead and guide the country? All this must change if we are serious in fighting the virus.

Role of intelligence in coronavirus control