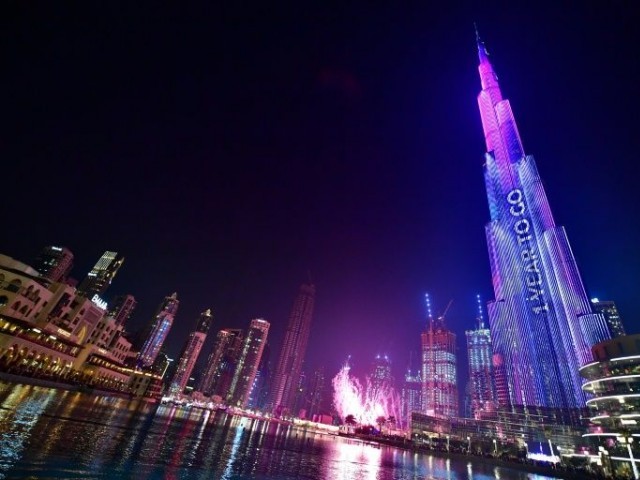 An AFP file photo of Dubai

RIYADH/DUBAI: Pakistan’s ambassador to the United Arab Emirates on Sunday said the embassy was waiting for permission from Islamabad for repatriation flights and was hoping for “positive news soon”.

“We are very keen to bring Pakistanis back but we need to finalise our treatment and quarantine facilities,” Ghulam Dastgir told Reuters.

His statement came after the UAE warned it would review labour ties with countries refusing to take back citizens in the UAE, including those who have lost their jobs or been put on leave.

It said one option under consideration was to impose strict quotas on work visas issued to nationals of those states.

“Several countries have not been responsive about allowing back their citizens who have applied to return home under the current circumstances,” the Human Resources and Emiratisation Ministry said, without specifying which countries.

Also, hundreds of Pakistanis have approached the Federal Ombudsman through complaints and sought assistance for their return to Pakistan.

The majority of them have been stranded in different countries due to sudden suspension of international flights operation to Pakistan.

Community deaths whip up fear among Pakistanis in NYC

Grievance Commissioner for Overseas Pakistanis in Federal Ombudsman Hafiz Ahsaan Ahmad Khokhar on Sunday said that complaints of stranded Pakistanis from the US, the UK, Canada, South Africa, Indonesia, Bahrain, Saudi Arabia, Kuwait, the UAE, Australia, France, Spain and other countries were received at the Federal Ombudsman Secretariat.

He added that some complaints were related to high fare, transportation of dead bodies apart from suspension of flights operation.

Khokhar said there were more than 4,000 Pakistanis stranded at different places of the world and seeking assistance for their safe and early return to Pakistan.

Meanwhile, Saudi Arabia’s King Salman extended a nationwide curfew until further notice due to the new coronavirus, the interior ministry said, after the kingdom reported more than 300 new infections on each of the last four days.

Elsewhere, the curfew which began on March 23 runs from 3pm to 6am. The country has recorded 4,033 infections with 52 deaths, the highest among the six Gulf Arab states where the total has surpassed 13,600 with 89 deaths.

The kingdom has halted international flights, suspended the year-round umrah pilgrimage, and closed most public places.

Other Gulf states have taken similar precautions. The United Arab Emirates, the region’s tourism and business hub, has the second highest tally at 3,736 cases with 20 deaths.

Bahrain said 45 out of 47 new cases reported on Sunday were foreign workers.

Millions of migrant workers, mainly from Asian countries, including Nepal, India and the Philippines, are among the region’s large expatriate population.

India’s ambassador to the UAE told the Gulf News daily on Saturday that India cannot repatriate large numbers of its nationals while trying to break the chain of infection at home.

“Once the lockdown in India is lifted, we will certainly help them get back to their home towns and their families,” Pavan Kapoor was quoted as saying.

In measures to contain the spread among foreign workers, Qatar has locked down a large section of an industrial area, Dubai has sealed off two commercial districts and Oman has closed off its Muscat governorate, which includes the capital.

With input from Shabbir Hussain in Islamabad