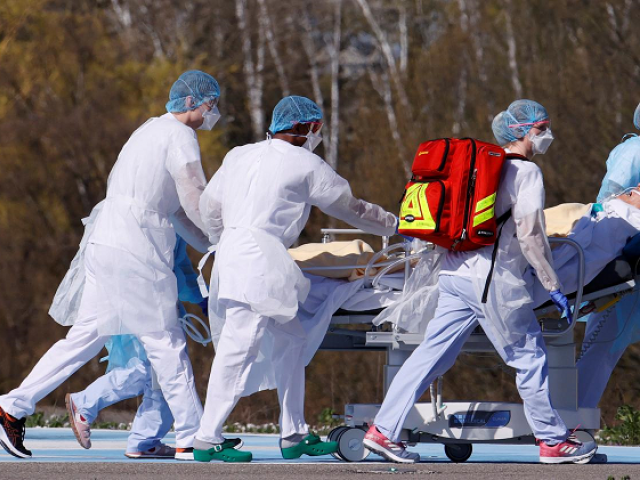 French rescue team wearing protective suits carry a patient on a stretcher from Mulhouse hospital before being loaded into a helicopter as France faces an aggressive progression of the coronavirus disease (COVID-19), March 23, 2020. PHOTO: REUTERS

PARIS: France’s death toll from the new coronavirus outbreak rose to nearly 14,000 on Saturday, but the number of patients in intensive care fell for the third day in a row, raising hopes that a nationwide lockdown is curbing the spread of the disease.

“We are confronting a massive and murderous epidemic, which has reached an unprecedented level,” health ministry director Jerome Salomon said at a daily briefing.

He said new cases kept arriving at hospitals and the French people needed to remain vigilant.

The ministry reported that the number of confirmed coronavirus cases in France rose by 3,114 to 93,790, an increase of 3.4%, which was slower than the 5% seen over the previous four days.

France does not test all suspected COVID-19 patients in nursing homes. Once two or three cases are confirmed by testing in one home, other residents with symptoms of the disease are tallied as possible or probable cases.