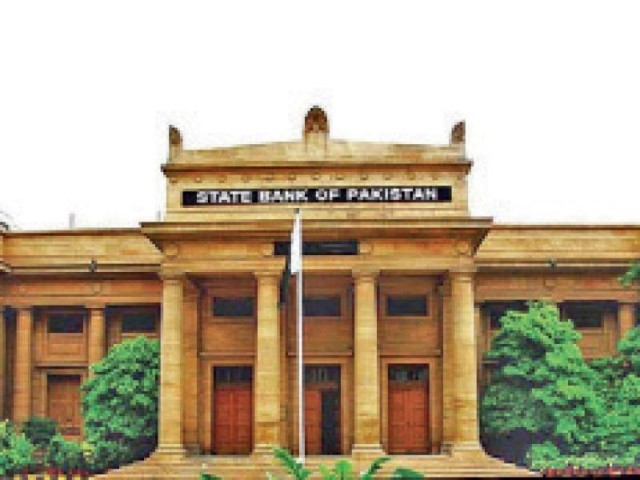 ISLAMABAD: The State Bank of Pakistan (SBP) has proposed that it will be responsible for only price stability and has sought to abolish the dual objective of controlling inflation and supporting economic growth – a policy shift that former central bankers argue does not suit Pakistan.

The central bank has moved the proposal as part of amendments to the SBP Act of 1956 but the term “price stability” has been kept vague to avoid full responsibility, said sources in the Ministry of Finance.

They said the draft forwarded by the central bank had diluted the spirit of the accountability mechanism, if the SBP failed to achieve its single objective of price stability.

They were of the view that the focus of the amendments appeared to be on gaining more powers without achieving the intended purpose of bringing reforms to the law.

The amendments to the 1956 law have become a contentious issue between the central bank and the Q-block due to SBP’s insistence on getting absolute autonomy.

Strengthening the SBP autonomy is part of the $6-billion International Monetary Fund (IMF) loan deal but the draft amendments are not in line with the existing legal structures and principles agreed to by Pakistan and the IMF for introducing reforms.

At least three former governors of the SBP have opposed the proposal of inflation targeting as the sole objective of the SBP during on-record and background conversations with The Express Tribune.

Under the existing law, the central bank is responsible for price stability and supporting economic growth. However, it has now proposed that inflation targeting would be its core objective but the amendments fell short of the goal, said the sources.

Creating job opportunities and ensuring economic growth would be the responsibility of the federal government, the sources said.

The central bank has already been targeting inflation since the beginning of the IMF programme and has resisted calls to lower interest rate to support growth. Neither the central bank could control inflation that remained in double digits nor did it help to achieve the economic growth objective.

“No comment since the draft law is under discussion,” said Abid Qamar, a spokesman for the SBP, while responding to a question on whether the central bank was going to introduce inflation targeting as its core objective.

To another question, Qamar said in SBP’s view the “price stability is defined as a low and stable inflation”. But he did not give a range of inflation that may be deemed stable and low.

“I am not in favour of the inflation-targeting policy and this concept has remained controversial in developing countries,” said former SBP governor Dr Ishrat Husain, who is currently adviser to the prime minister on institutional reforms.

“Price stability and financial stability should be in support of economic growth,” remarked Husain.

His argument was that in an era of fiscal dominance, weak database and key inflation indicators moving in opposite directions, it was very difficult to target inflation in such circumstances.

“At a time when Pakistan’s per capita income is just $1,500 a year, giving priority to inflation targeting is not the right kind of policy,” he added.

The former governor said the accountability mechanism would be porous and the responsibility would have to be on the governor and the SBP board.

Two other former governors of the SBP also opposed the idea of price stability as the core objective, arguing that it could not be possible in developing countries like Pakistan.

It seems that the SBP also confuses transparency with accountability and considers publication of its reports and minutes of the Monetary Policy Committee (MPC) meetings as accountability.

Quite often either a deputy governor or a director-level official represented the central bank, who could not satisfy the parliamentarians.

However, the governor’s only appearance was before the Public Accounts Committee where he gave a policy statement on the implications of hot foreign money for Pakistan’s financial system.

There are also views against the dual objective as some argue that while pursuing the dual objective of containing inflation and achieving economic growth, the SBP in the past created excessive inflationary pressures in the economy that harmed real growth.

A research paper has pointed to various types of conflict of interest in the SBP. The author writes that first, the conflict of interest is due to supervisory role of the SBP over the banking sector. In order to protect their profit, the central bank may become soft on inflation targeting.

Second, the conflict of interest is due to the explicit role of government representatives in the monetary policy, which has been taken care of in the proposed bill by removing the finance secretary from the SBP board.

Third, the conflict of interest emanates from the market affiliation of monetary policy decision-makers and its board members. This issue remains unaddressed in the proposed bill.