The ski season was brought to an abrupt end last month, with the resort closing as the scale of the coronavirus crisis became evident and much of Pakistan went into lockdown. PHOTO: AFP

It survived the dark days of the extremist rule, the destruction of its main hotel and a major flood.

Now, the little Pakistani ski resort of Malam Jabba is facing a new challenge from the coronavirus pandemic, just as it had hoped to showcase its revamped facilities to the world.


The ski season was brought to an abrtpt end last month, with the resort closing as the scale of the coronavirus crisis became evident and much of Pakistan went into lockdown.

"We hope it will be recovered in a couple of months," said Syed Adnan, a spokesperson for the now-deserted Malam Jabba resort.

"Unluckily, it is not the first time here people have (faced challenges). First, the extremist, then a flood, and now the coronavirus that is destroying their lives." 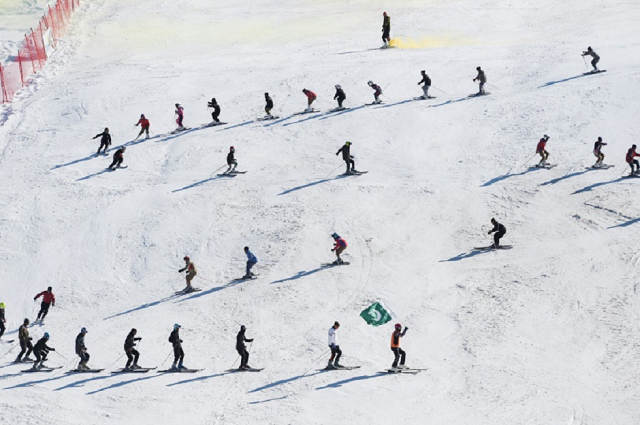 Until its closure last month, Malam Jabba had been boasting of its renaissance and a lofty goal of bringing international skiers to Pakistan, a Himalayan country boasting epic peaks but which still struggles with tourism.

"We want to be an international hub for people around the world," Jalal Bacha, Malam Jabba's chief technician, told AFP during a recent visit, shortly before the virus lockdown started.

With a tree-lined piste, competitive slalomers swooshing through the snow and soaring peaks in the distance, it is hard to imagine Malam Jabba and the surrounding valley under the control of the Pakistani extremist from 2007-2009.


Nestled in the stunning vistas of the Swat Valley in northwest Pakistan close to the Afghan border, development at Malam Jabba began in the 1980s with help from the Austrian government, who paid for the chairlift.

By the early 2000s, the resort and associated businesses were employing hundreds of people.


That all stopped when the Tehreek-e-Taliban Pakistan (TTP) gained control.

The insurgents had grown as a force in the early years of America's "War on Terror" that started in 2001 and saw extremist groups coalesce in the Afghan-Pakistan border region.

In 2008, the TTP destroyed the resort's hotel and dismantled the chairlift. 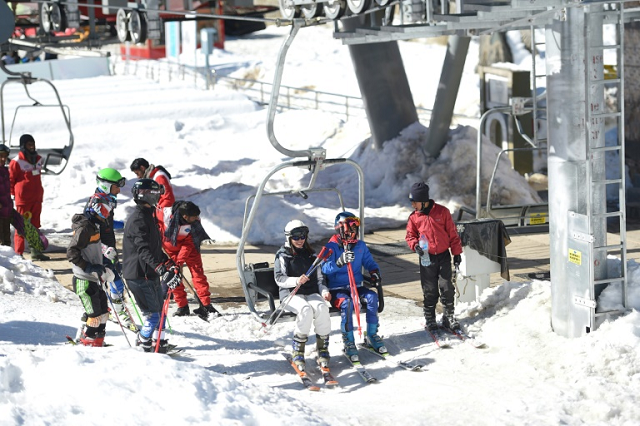 "They cut the pillars to sell the steel," recalled Sayed Liaqat Ali, a 28-year-old driver who said his two aunts were murdered by the extremist. "They were coming home after the curfew so they shot them."


More than a decade since the days of public executions and Sharia law, as well as a flood in 2010, businesses and authorities have rebuilt Malam Jabba from the ground up, including its hotel and the main chairlift.

Impoverished Pakistan, which owes billions of dollars to the International Monetary Fund and China, is desperate for foreign cash and under Khan is trying to revive the neglected tourism sector.

Last year, Islamabad introduced an electronic visa system, making it easier for visitors to come. International tourist numbers had increased steadily in recent years, though the coronavirus pandemic has all but stopped visits for now.


Once a favourite stop along the "hippie trail" that brought stoners and enlightenment-seekers overland from Europe to India in the 1960s, Pakistan's international image collapsed after the September 11, 2001 attacks that highlighted Islamabad's support for the Afghan extremist, who harboured Al-Qaeda.

Coupled with an ensuing domestic insurgency that brought the extremist to within striking distance of the Pakistani capital, international tourism dried up.


In 2014, there were 5,575 foreigners arriving on tourist visas, according to government figures. By 2018, the most recent year full numbers were available, that had grown to 17,823.

Still, with its strict patriarchal society, an alcohol ban and a deeply conservative Islamic culture, Pakistan can be a tough sell.

It nevertheless has more than its share of attractions, including the north's magnificent mountainscape.

"The potential is gigantic," said French filmmaker Jerome Tanon, who shot an extreme ski film in the Karakoram mountain range. "All mountaineers agree: Pakistan is an unpolished diamond."

Currently, Pakistan only has three official ski areas, two of which belong to the army and are off limits. Authorities want to build four new ones. 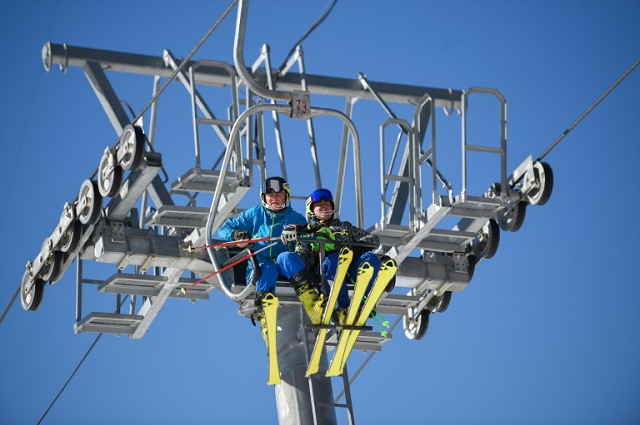 About a day's bumpy drive from Islamabad, the village of Madaklasht lies at the bottom of a loose network of ski trails, some stretching on for about three miles (five kilometres).

There are no hotels, with the only accommodation provided in locals' homes. Most of the skiing is done by kids with hand-made wooden skis.

"With a little bit of grooming and infrastructure, this area could compete with any international resort," said Hasham Ul-Mulk, who recently organised a winter sports festival in Madaklasht.