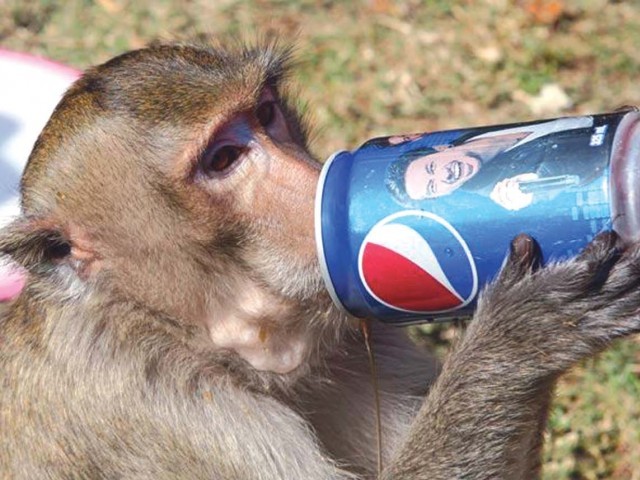 ISLAMABAD: A popular weekend activity was to go into the hills surrounding the federal capital and feed the dozens of monkeys there. But with the federal capital under lockdown for nearly three weeks due to the novel coronavirus (Covid-19) pandemic and public places such as Shakarprain and Daman-e-Koh declared off-limits, no one has been going to offer food to these simians.

As a result, dozens of monkeys living in the federal capital’s lush green Margalla Hills National Park (MHNP) have descended on to the residential areas of the city in search of food.

Islamabad Wildlife Management Board (IWMB) Assistant Director Sakhawat Ali said that residents of sectors F-6 and F-7 have filed complaints about the monkeys entering their homes. Some videos posted online showed the simians scurrying about the streets of the city or climbing over rooftops.

“It is not a good practice [to feed animals when you go hiking on the MHNP trails or other hilly areas] as human-fed food item will have bad impacts on their health,” Ali said, adding that monkeys have lived in the national park since before humans inhabited this region.

“There is no better alternative to the natural diet for the monkeys,” he added.

Ali, however, noted that the monkeys were not hostile to human beings and only attack or become violent when someone tries to hurt them.

He advised the public to stay calm if they encountering any monkey. Moreover, he suggested that people keep their food items secure in their stores and not offer these mammals a share of their supplies.

The people should also take care of their clothes and the laundry hung out to dry, he said.

“Monkeys have a habit to take away clothes left outside a house if they find nothing in their search of food,” the IWMB officer said/

He noted that monkeys used to barge into the board’s offices located near the trails apart from displacing the lids of water tanks.

The IWMB assistant director noted that some people were still wandering the trails, especially trail-3, which was dangerous amidst the pandemic. He urged them to stay at home and practice social distancing to contain the outbreak.