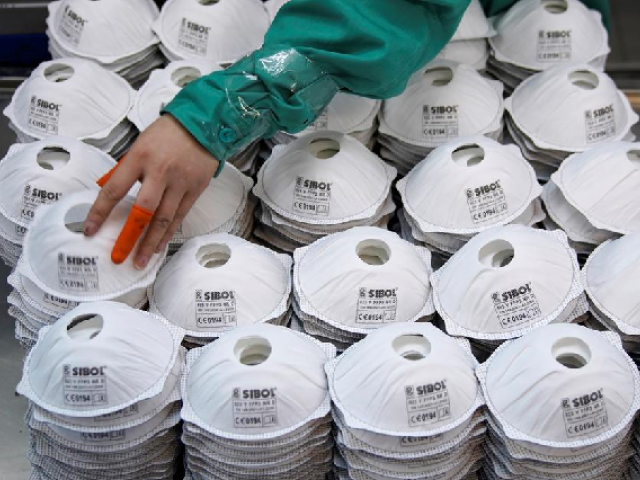 KARACHI: The Azizabad Police claimed on Thursday to have confiscated surgical masks worth thousands of rupees and arrested five people, including a truck driver.

The police had found the surgical masks loaded on a Shehzore truck during a search.

According to duty officer Farrukh, the arrested suspects were later released on the directives of the Central SSP. The police also released the truck after offloading the surgical masks and storing them at the police station.

Farrukh added that a case was to be registered against the arrested individuals on the directives of the higher authorities.

Separately, the police arrested 32 people and impounded 20 rickshaws in the city on the day, for violating the lockdown imposed by the Sindh government.

The Baghdadi Police arrested 10 suspects and took five rickshaws in their custody for the offence.

Cases have been registered against the arrested suspects.