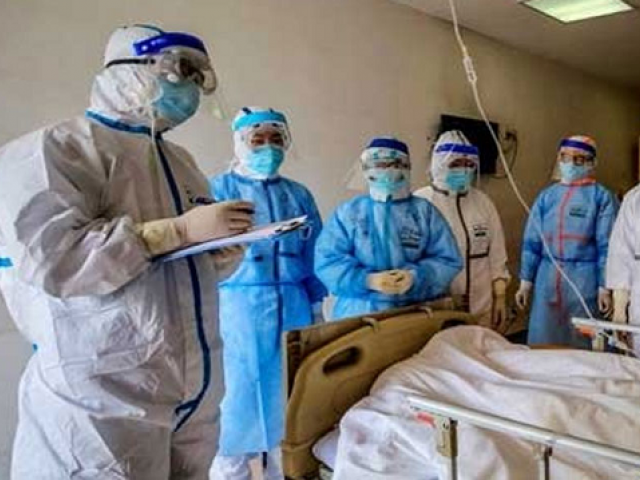 PESHAWAR: With the world struggling with the spread of COVID-19 and healthcare systems pushed to the limits, one community is facing the brunt on the frontline — the healthcare providers.

In Khyber-Pakhtunkhwa (K-P), as the number of coronavirus patients gradually climbs, paramedics, nurses, doctors, and all other health care providers continue to soldier on — dealing with the crisis as it comes.

Despite the long hours and, at times, with inadequate protective gear, the healthcare providers are putting on brave faces and saving lives.  One such first responder has helped more than 80 coronavirus patients in the Manga union council of district Mardan, the undeclared epicenter of the spread in K-P.

On March 25, the phones rang endlessly, and call after call bad news poured in at the Rescue 1122 call centre. “We recorded multiple infected cases and soon were ordered to provide immediate medical assistance,” claimed Usam, a 23-year old rescue worker who ended up shuttling more than 80 patients that night to medical facilities in the area.

Passionate about what he does for humanity, the ambulance driver was behind the wheel for much of that night. Fear, he said, “gripped me briefly, but my mission meant a lot more than that.”

As he drove that night, from one medical to the other, Usam, often found himself looking straight into the rearview mirror. “That was the only way to keep an eye on the patient in the ambulance,” he said with a quiver in his voice.

As an ambulance driver,  Usam said he had never seen anything like this before, but “We have received training to handle such situations.”

The tragic spread of COVID-19 has over 3,000 confirmed cases in Pakistan and more than 40 deaths so far. The province is home to more than 370 cases.  The rescue services are often the first point of contact for many of these cases.

As the virus brings the world to its knees, medical workers of all categories are facing the brunt as they put extra hours and shift to serve humanity.  For Usam, that is the motivation. “The love for humanity keeps us going.”

While Usam is yet to marry and start his own family, the frontline warrior shared how heartening it is to see his colleagues receive messages of support from their families. “They call to encourage us during these tough times,” he said.  Usam, himself receives multiple calls during his struggle to help COVID-19 patients.  “They have concerns about my wellbeing,” the rescue worker said.

That night, medical technician, Irshad accompanied the Usam on his mission. His young daughter, who had given birth to a baby days before the coronavirus proliferated, called to say how she appreciated the work by healthcare providers. “Her call buoyed my courage,” Irshad claimed.

According to Worldometers, a site that keeps track of the cases, the number of confirmed cases is over 1,130,00, and deaths reported have gone up to 59,203.  But rising global figures rise, there is no stopping Usam and his team of brave hearts.

Despite the risks, they continue to march every day. “They have been prepared to deal with such situations. There is a reason why they are the best rescue service in the country,” claimed Dr. Khateer Ahmad, Director General Rescue 1122.  “They don’t fear coronavirus,” he quipped.