Private schools in Sindh ordered to give 20% fee concession for April, May

Private schools in Sindh ordered to give 20% fee concession for April, May

Parent­s can lodge compla­ints if any of the school­s fails to follow direct­ives
By Safdar Rizvi
Published: April 7, 2020
Tweet Email 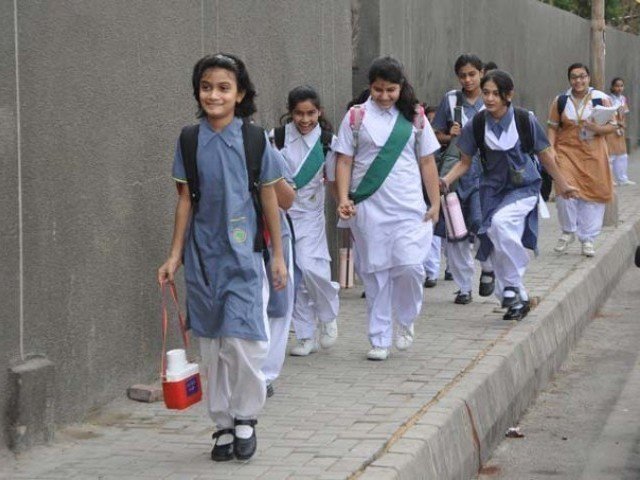 KARACHI: The Sindh government directed on Tuesday the private schools in Sindh to give a concession of at least 20 per cent in the tuition fees for the months of April and May.

In a notification issued by the Sindh Directorate of Private institutions, a subordinate body of the provincial education department, the officials said the orders will be enforced strictly in “letter and spirit”.

According to the notification, the directives have been issued to give relief to parents amid the ongoing lockdown. It states that in case an educational institute fails to comply with government’s orders, parents may report the delinquency at a complaint cell, specifically set up for the purpose. The telephone numbers for the complaint cell are 021-99217490, 0333-3243148 and 0333-7036425.

The notification further mentions that teaching and non-teaching staff can also register their complaints at the cell if they are not being paid the salaries for April and May.

Speaking on the matter, Sindh Directorate of Private Institutions Registrar Rafia Mallah said that the possibility of giving concession in tuition fees was also considered earlier and schools had been advised to do so but it the reduction in fees had to be made mandatory as the schools seemed unwilling to provide any relief to the parents.

The development came a day after Punjab government, in a similar decision, directed all private schools to give 20 per cent concession in tuition fees in the wake of COVID-19 outbreak. However, the private schools association rejected the government’s directives.

Last month, the federal government had extended the closure of all educational intuitions across the country till May 31 with the consensus of all provincial authorities in a bid to stem the spread of the coronavirus.

However, earlier this month, the Directorate of Inspection and Registration of Private Institutions Sindh (DIRPIS) had given private schools the permission to open their offices to collect fees and pay salaries amid the ongoing lockdown.

A notification issued by DIRPIS Director-General Dr Mansoob Siddiqui permitted schools to open their offices for administrative operations such as the collection of fees and payment of salaries, while other activities were to remain suspended.

School administrations were instructed to pay special attention to maintaining hygiene and social distancing to avoid the spread of the coronavirus. They were also asked to make sanitisers and surgical masks available for their staff called for paying salaries and fees collection.

Furthermore, it was also instructed that not more than three people were to gather in an administration office, while schools were barred from calling any student to the premises, according to the notification.

Any schools violating these guidelines were to face the cancellation of their registration.

The schools were allowed to open for fees collection and salary payments after Sindh Private Schools Management Association had expressed fear of private schools closing down if they were not paid the fees for all months.

The body had also appealed to the Centre to provide interest-free loans to private educational institutes in Sindh so that they could bear their expenses during the lockdown and had urged the parents to pay fees on time to help schools avoid a financial crunch.

Besides, Sindh Private Schools Management Association chairperson had warned that there was a possibility of teachers and other staff members losing jobs. He had suggested that parents may even pay the fees in installments.

The chairperson had claimed that private schools had an important role to play in improving the standard of education and literacy rate, saying that they also provided employment to thousands of people. These institutes also paid large sums in taxes to the government and the impact of them closing down would have a resounding effect on the country’s economy, he had warned. 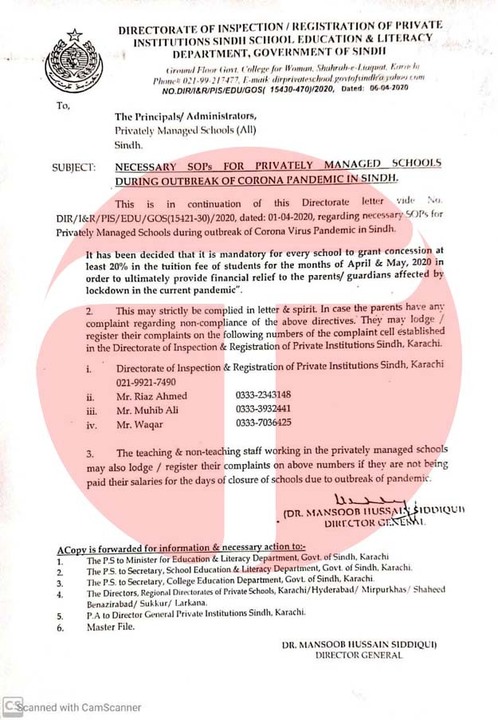