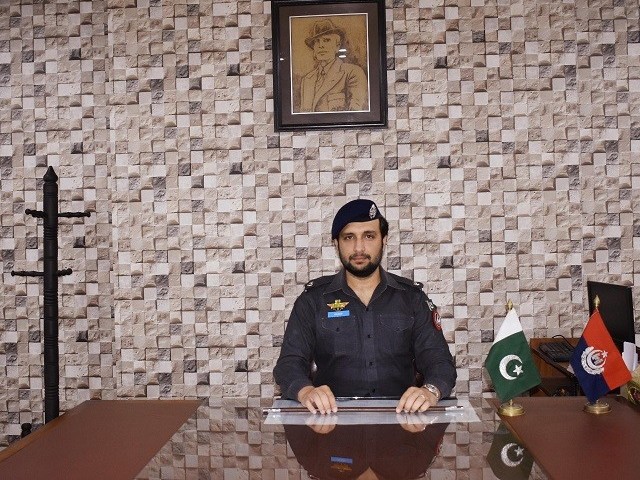 PESHAWAR: A senior police official and a provincial assembly lawmaker in the novel coronavirus (Covid-19)-hit Mardan district have fully recovered from the virus, with health officials saying that their tests came back negative for the virus.

Mardan district Operations SP Waqar Azeem had contracted the virus while being on duty at the Manga Union Council (UC) where the first official coronavirus fatality of the country had occurred. MPA Abdul Salam Afridi, who hails from the same area, also said that he had recovered from the virus in a video message on Monday

Manga was sealed after a cluster of Covid-19 patients developed there however it was later de-sealed.

The SP had gone under self-isolation at his home for two weeks after contracting the pandemic virus. On Monday, he re-joined the force and resumed his duties.

The first thing that he did, however, was to return to the same UC, but not before taking all precautionary measures to boost the morale of the personnel deployed there.

SP Azeem directed police officials to perform their duties diligently for the safety of people.

Speaking to The Express Tribune, the SP said that after developing of symptoms, he immediately underwent the necessary tests himself which helped him a lot. After seeing test results come back as positive, he remained under self-isolation at home for two weeks.

“I kept exercising regularly and consumed fresh juices copiously,” he said. Apart from this, Azeem said that he kept reading books and engaged himself in different activities to keep his mind off from thinking about the disease.

MPA Afridi, who is part of the ruling Pakistan Tehreek-e-Insaf (PTI), in his video message thanked his supporters for their prayers and for boosting his morale during a “painful time”.

“Very soon, the people of my constituency will find me amongst them,” he vowed, urging the public to cooperate with the government and adopt the precautionary measures being advised.

We must become a united nation while realising our responsibilities. Without public cooperation, the government itself cannot defeat this virus,” he implored.

However, three new cases of Covid-19 were confirmed in the district on Sunday even as the provincial toll jumped to 405 cases and the total fatalities jumped to 16.

The provincial government on Monday announced to provide Rs12,000 to some 0.1 million deserving families under the Zakat fund.

Adviser to Khyber-Pakhtunkhwa (K-P) chief minister on Information and Public Relations Ajmal Wazir said this while briefing media after a meeting of the provincial task force, which was chaired by CM Mahmood Khan.

The relief packages will be given transparently, he assured.

The adviser further said that the chief minister has issued directions for providing facilities to members of the Tableeghi Jamaat, including timely screenings and safe return to their respective hometowns.

In light of the orders from the K-P government to halt the spread of the coronavirus, the provincial health department on Monday announced to extend the closure of medical colleges and universities in the province until May 31.

A notification issued by the health department on Monday read that all medical universities, public and private medical colleges and provincial healthcare services academy will remain shut.

Hostels in these institutions will also remain closed.

Further, all examinations have been postponed until the end of May.

At least two more patients tested positive for Covid-19 in Haripur on Monday, taking the tally of positively tested patients in the district to six.

The Haripur Deputy Commissioner (DC) said that the infected patients hailed from two separate areas including the Khalabat Township and Sarae Naimat Khan.

All six patients have been quarantined in their homes, he said.