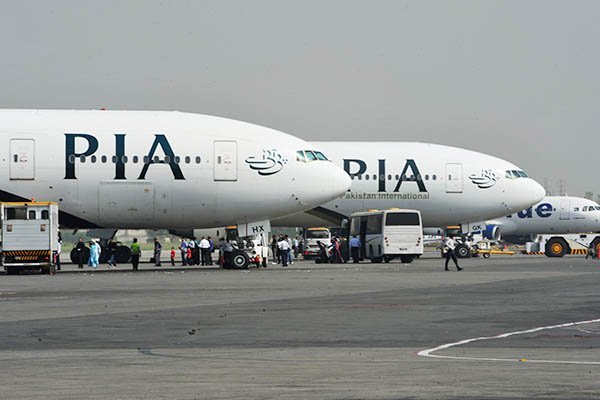 RAWALPINDI: The PIA pilots stopped flight operations on the call of Pakistan Air Line Pilots’ Association (Palpa) after two of them and an airhostess tested positive for coronavirus in Lahore.

Palpa has also protested over the non-provision of equipment to the crewmembers for protection against the virus, which causes the respiratory disease called COVID-19.

Because of the protest, flights on the only domestic route between Islamabad and Skardu-Gilgit were disrupted.

“We wrote a letter to the PIA administration to provide equipment to us for protection against the coronavirus but it did not take our request seriously,” states a letter written to the Minister for Aviation Ghulam Sarwar Khan by Palpa President Pilot Chaudhry Salman.

“The pilots have flown to countries severely affected by the coronavirus pandemic without any protective gear.”

The Palpa president said that despite requesting several times that lives of “our crewmembers are at stake, the PIA failed in following the Standard Operating Procedures”.

He urged the aviation minister to talk to the PIA administration, saying if he does not intervene they would be forced to stop working with the airline.

However, the Sindh Health Department later allowed them to leave after their tests came back negative.

In the meanwhile, two pilots and one airhostess, who flew a flight from Toronto, Canada, to Lahore were tested positive for coronavirus. Palpa, which had already stopped operations in

Karachi over quarantine, showed concerns over the development and stopped all operations.

“The flights will not continue unless the pilots and the crew are provided safety kits,” Captain Imran Narejo, the general secretary of Palpa said. He urged the authorities to ensure safety of all the crew members.

“The PIA has adopted safety measures. We are also strengthening the safety measures,” spokesperson Abdullah said. “We are talking to Palpa and making efforts [to resolve the issue] so that the flight operation is not affected.”

WHO warns against ‘fraudulent’ use of its logo, threatens legal action